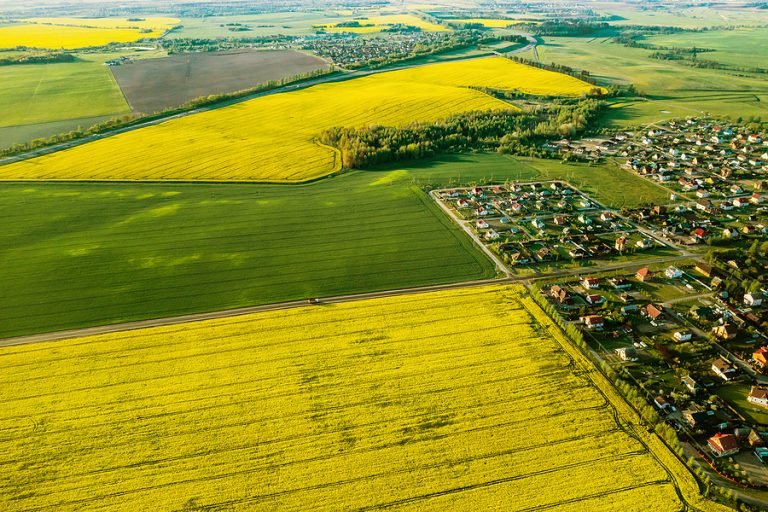 An aerial view of a rapeseed field
Germany imported a total of 5.4 million tonnes of rapeseed and field mustard in the 2019/20 season.
This was down 7% year-on-year with the main reason being harvest declines in some EU countries that are vital to Germany's supply of rapeseed.
France is traditionally the most important supplier of rapeseed to Germany. The country supplied more than 1.5 million tonnes of rapeseed on average in the crop years 2014/15 to 2018/19.
This translated to a quarter of total German rapeseed imports. However, 2019 was a disappointing crop year for France and export opportunities were correspondingly limited.
As a result, Germany received no more than 870,000 tonnes from France in 2019/20. This was a 44% slump compared to both the previous year and the five-year average.
Imports from other EU countries like Romania, the Czech Republic and Belgium also decreased. Overall, Germany's imports from other EU countries in 2019/20 saw a more than 15% decline year-on-year to 3.7 million tonnes.
Imports from other countries like Ukraine and Canada helped to partially offset this drop.
In recent years, Ukraine has steadily gained in importance as a rapeseed supplier for Germany. The Black Sea state contributed around 992,000 tonnes to German rapeseed supply in 2019/20, just over one third more than the previous year.
However, the strongest rise was in imports from Canada. The country delivered around 372,000 tonnes in 2019/20. This was against the background of increasing Canadian shipments to Europe in the wake of the trade dispute with China.
Germany covers just over 60% of its rapeseed needs with commodity from abroad.

An aerial view of a rapeseed field