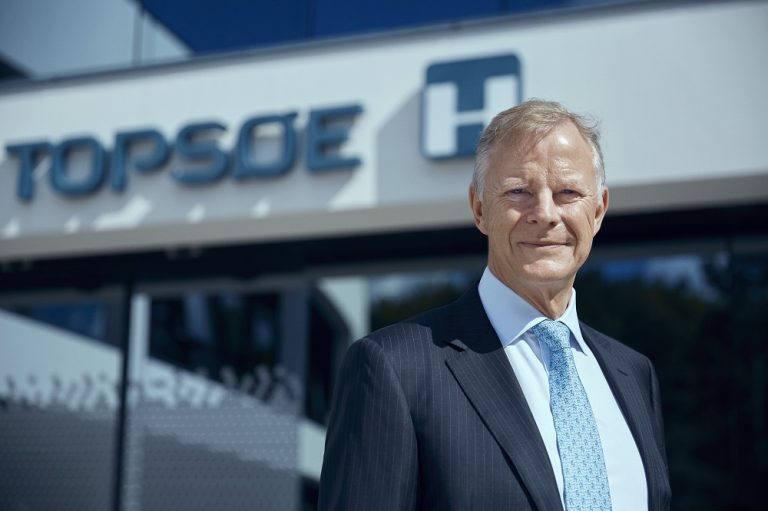 Roeland Baan joined Haldor Topsoe as CEO in June
Haldor Topsoe has announced its ambition to lead the drive to reduce carbon emissions from fuels and chemicals.
The Danish company is one of the global leaders in energy-efficient technologies to produce clean transportation fuels as well as ammonia, methanol and hydrogen – universally regarded as the most important fuels and chemicals in a carbon-neutral future.
Topsoe’s business will be refocused to deliver these technologies. The accelerated development of carbon emissions reduction technologies will be supplemented by continued delivery of Topsoe’s energy-efficient solutions for producing conventional fuels and chemicals.
Roeland Baan, CEO of Topsoe, said: “The world is at a climate crossroads, and we believe that Topsoe has a decisive role to play in reducing carbon emissions globally. We want to deliver the technologies that reduce or even eliminate carbon emissions from fuels and chemicals.
“However bold our vision and purpose may be, they reflect Topsoe’s unique capabilities. For decades, we have been perfecting chemistry for a better world, as expressed in our purpose. In the 1980s, acid rain was one of the most pressing environmental problems, today it is under control. “Topsoe’s world-leading technologies to remove sulfur from fuels and emissions have played a significant role in making that happen. Today, our biggest challenge is carbon emissions, and again we want to lead the way and deliver the technologies to reduce carbon emissions from chemicals and fuels.”
Topsoe is part of two of the world’s largest renewable hydrogen projects, the NEOM project and the Copenhagen project, both based on power from wind turbines and solar panels.
In addition, Topsoe is the global leader in technology to produce renewable fuels from vegetable oils and waste. The company is also offering or developing leading carbon emission reduction technologies within chemicals and fuels from power-to-X, biomass, and carbon utilisation.