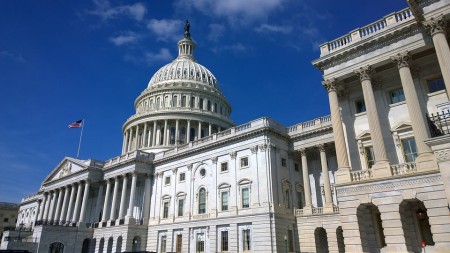 US trade association Growth Energy’s CEO Emily Skor appeared before the US House of Representatives Committee on Energy & Commerce Subcommittee on Environment’s hearing this week.

The hearing was based around a discussion draft put forth by representatives John Shimkus (Republic, Illinois) and Bill Flores (Rebublic, Texas) to repeal the Renewable Fuel Standard (RFS) in November.

Skor defended the RFS, outlining the success of the RFS in generating ethanol demand and achieving its primary goal of providing drivers with a cleaner and more affordable fuel.

“Only by coupling a stable RFS with a significant boost in octane from a mid-level ethanol blend, can consumers realize significant cost savings, increased engine efficiency, and substantial environmental benefits,” said Skor.

“Unfortunately, this draft as proposed will lead to reduced blending of cleaner biofuel and it will raise costs significantly for American drivers.”

Skor also noted that despite the trade association’s support for various facets of the draft, both representatives “[missed] an opportunity to lay out a bold vision for the future of affordable liquid fuels and to make a significant impact – restoring growth in America’s rural communities and carbonising our nation’s fuel supply.”

You can view Skor’s testimony here.