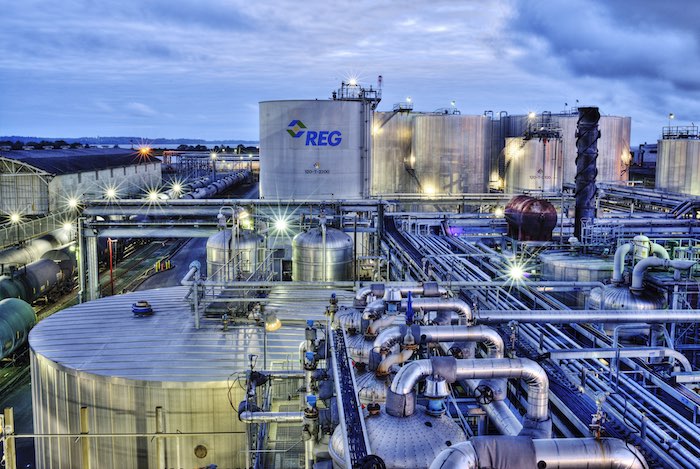 Revenues for the quarter were $584.4 million (€527.2 million) from 187.5 million gallons of fuel sold. Net loss from continuing operations attributable to common stockholders was $13.8 million (€12.4 million), which includes an $11.1 million (€10 million) charge related to the closure of the company’s biodiesel plant in New Boston, Texas.

“Our performance was satisfactory even in the face of the uncertainty around the lapsed BTC [biodiesel tax credit] and excessive small refinery waivers, both of which contributed to compressed margins,” said Cynthia Warner, president and CEO of REG. “We generated positive adjusted EBITDA of $11 million, which does not include the potential benefit of a retroactive BTC reinstatement. Importantly, we improved our product mix by increasing renewable diesel sales and concentrating on the most profitable gallons and market placement.

“We are committed to running a profitable business, with or without the BTC. Our profit improvement, growth and value creation strategies are taking root and we believe provide a foundation for success in the future."

The company reported sales of 187.5 million gallons of fuel in the third quarter of 2019, an increase of 4.9%. REG produced a total of 137.1 million gallons of biomass-based diesel during the quarter, with production at Geismar, the company’s renewable diesel biorefinery in Louisiana, up 7%.

Revenues were down 2%, resulting from an 8.9% lower average selling price for all biomass-based diesel gallons, which was partially offset by an increase in gallons sold. The average selling price per gallon was $2.76 (€2.49), down largely due to lower biodiesel prices, partially offset by higher realised prices from international renewable diesel sales. REG’s average US biodiesel price was down 14.4% from the third quarter of 2018.