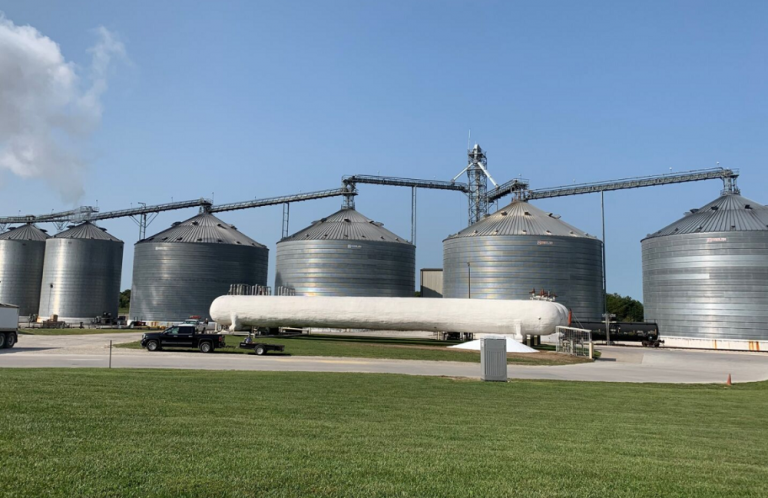 The plant came onstream in May 2000
Missouri's first ethanol plant celebrated a milestone anniversary.
POET Biorefining in Macon, US, produced its first ethanol in May 2000 and past and current employees along with local lawmakers and citizens visited the plant to celebrate the special landmark.
The plant started with an annual production capacity of 15 million gallons of ethanol.
Three years later, the plant expanded its capacity to 46 million gallons per year, and added the production of Dakota gold distillers grains and carbon dioxide.
POET in Macon is the largest company by revenue in north-east of the state. It employs over 40 people, and 12 of the original employees still work at the plant.
General Manager Scott Tuttle said it was exciting to celebrate the progress made over 20 years.
He said: "We had a significant stabilising force in demand for grain in north-east Missouri. We consume about 16 to 17 million bushels of corn each year and we enjoy dealing with and cooperating with our partners that are farmers. This is great for the area, great for us, great for the community."
Missouri Lieutenant Governor Mike Kehoe was in attendance at the anniversary ceremony. He said POET Biorefining has played an important role in Missouri agriculture.
He said: “Our ethanol footprint in Missouri has six plants and this was the first one and so it's really important to be here and celebrate how well this plant has done, the people they've employed. Almost 800 million gallons of ethanol have come out of this plant and so I think as we as a state and certainly as an industry celebrate our renewable fuels and the footprint that we are able to put forward through the agriculture family owned farms, it's just a great day to be here."

The plant came onstream in May 2000