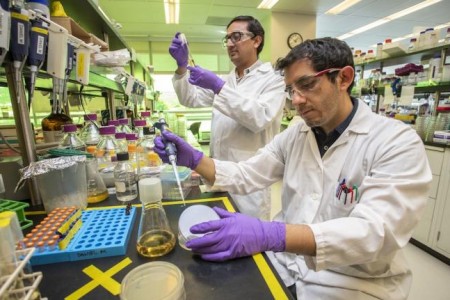 Scientists at the US Department of Energy’s Lawrence Berkeley National Laboratory (Berkeley Lab) have shown that sustainable jet fuel made from plants could offer a competitive alternative to fossil fuels, if current scale-up continues.

In a report titled ‘Techno-economic analysis and life-cycle greenhouse gas mitigation cost of five routes to bio-jet blendstocks’, published in the journal Energy & Environmental Science, the researchers offer evidence to support the optimisation of the biofuel production pipeline to help the aviation industry switch to renewable energy sources.

"It's challenging to electrify aviation using batteries or fuel cells in part because of the weight restrictions on aircraft, so liquid biofuels have the potential to play a big role in greenhouse gas emissions reductions," said lead author Corinne Scown, a researcher in Berkeley Lab's Energy Technologies Area and at the Department of Energy’s Joint BioEnergy Institute (JBEI).

"The team at JBEI has been working on biological routes to advanced bio-jet fuel blends that are not only derived from plant-based sugars but also have attractive properties that could actually provide an advantage over conventional jet fuels."

Research teams at JBEI are currently working to optimise each stage of the biofuel production pipeline, including engineering ideal source biomass. Following optimisation, the next step is to pass on the technologies to commercial partners who may blend the fuels into end products or scale up production.

Since JBEI was established, the theoretical cost of bio-jet fuel has fallen from around $300,000 per gallon to as low as $16 per gallon currently, according to co-author and postdoctoral fellow Nawa Baral. This compares to $2.50 per gallon for standard jet fuel, so there is still some way to go to bridge the price gap.

In an attempt to improve the cost-competitiveness of bio-jet fuel, the researchers have modelled the necessary technology and resulting costs of scaled-up production pathways using a range of biomass and chemical inputs. They simulated five different pathways to four distinct fuel molecules, with results showing that all five paths could create biofuel products at the target price of $2.50 per gallon.

However, this target price will only be possible if manufacturers are able to convert the waste lignin from biofuel production into a valuable chemical that can be then sold to offset the cost of the fuel. The net price per gallon could be further reduced by offering airlines a financial credit for emissions reduction.

Further work is needed to advance biofuel production processes to the ‘gold-standard’ levels assumed in the simulations. "It's clear that, to get these fuels to commercial viability, we need all hands on deck," Scown added.