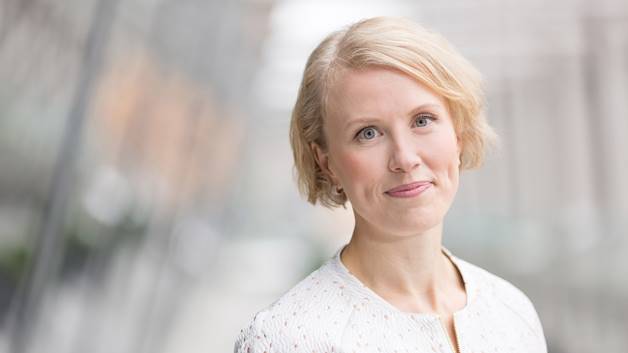 The Roundtable of Sustainable Biomaterials (RSB) has appointed UPM Biofuels’ Maiju Helin as chair of its board of directors.

Helin has been involved with the RBS for a number of years, and now steps up to drive the vision of the organisation, which encourages the development of a new world bioeconomy through sustainability solutions, certification, innovation and collaborative partnerships.

The head of sustainability and market development at UPM Biofuels will be supported by her newly elected co-chair, LanzaTech’s Laurel Harmon.

“These are truly exciting times as the future beyond fossils is emerging,” Helin said. “RSB is at the forefront as a leading voice for both industry and civil society to drive positive outcomes and I strongly believe collaboration and dialogue between different stakeholders is the most effective way to promote a circular economy and bioeconomy.

“RSB’s multi-stakeholder sustainability standard helps consumers and businesses make better choices. I’m thrilled to see wider action on sustainability and climate impacts and hope that the example UPM has set will inspire other companies to deliver renewable and responsible solutions to the growing consumer demand.”

During Helin’s time with UPM Biofuels, the company has gained RSB certification for its operations in Finland and Uruguay, as well as the world’s first low ILUC (indirect land use change) certification. Helin has also contributed to the development of RSB’s sustainability standards.

Commenting on the new chair appointments, Rolf Hogan, executive director of RSB, added: “With Maiju and Laurel’s steady guidance and long-term commitment to sustainability and RSB, the organisation is certainly in safe hands. Bringing leading industry voices to our multi-stakeholder roundtable, Maiju and Laurel will help consolidate RSB's position as a best in class standard while further cementing the case for certification within their own industries.

In August, UPM Biofuels also announced the appointment of Juha Rainio to position of director of sales and marketing in Helsinki, effective 1 October 2019. Rainio holds an MSc degree in Economics, and has several years’ experience working in the fuel industry with Teboil.

UPM's director for public affairs, Marko Janhunen, will be speaking at the upcoming Biofuels International Conference in Brussels on 22-23 October on the role of biofuels in transport decarbonisation. If you've haven't already registered to attend, click here to sign up!