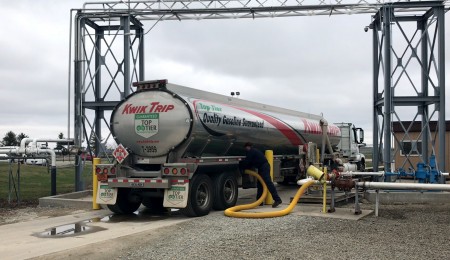 According to the study, Minnesotan ethanol producers generated 1.27 billion gallons of ethanol, 3.8 million tons of dried distiller’s grains with solubles (a high-protein animal feed) and 283 million pounds of corn oil.

Continuing, the study also detailed the industry’s $1.74 billion (€1.53 billion) contribution to household income, as well as a $204 million (€179 million) in state and local taxes last year.

“This study once again shows the importance of the ethanol industry to Minnesota’s economy,” said Tim Rudnicki, executive director of MNBiofuels.

In comparison to 2017, the industry’s GDP contribution in 2018 grew 6.4% whilst full-time jobs supported by the industry grew by 7%.

Regarding the co-products, the study also outlined how the 3.8 million tons of dried distiller’s grains with solubles produced was enough to meet the annual feed requirements of more than 2.5 million beef and dairy cattle.

The 283 million pounds of corn oil was enough to produce 38 million gallons of biodiesel, which accounted for over 45% of Minnesota’s biodiesel capacity.

You can read the study which was prepared for the association here.