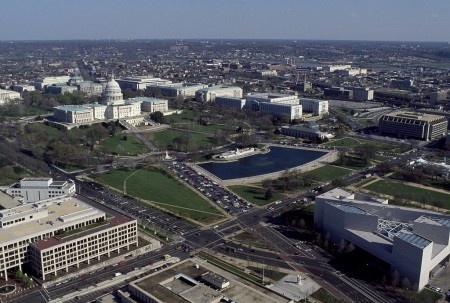 The US National Biodiesel Board (NBB) has filled an opening brief in its lawsuit objecting to EPA’s methodology for establishing the 2018 Renewable Fuel Standards (RFS).

Significantly, NBB’s brief is the first to hit US courts arguing that the Environmental Protection Agency (EPA) must account for all small refinery ‘hardship’ exemptions, including retroactively granted exemptions, when setting the annual RFS volumes and Renewable Volume Obligations.

NBB is disputing three issues with the EPA’s final RFS rule for 2018. As well as arguing that EPA must account for small refinery exemptions, NBB is claiming the agency acted arbitrarily when it set the 2018 advanced biofuel volume below what it found to be ‘reasonably attainable’, and that the agency set the 2019 biomass-based diesel volume based on impermissible considerations.

2018 has seen significant controversy in the US surrounding the EPA granting exemptions from RFS requirements for a number of refineries under a ‘hardship clause’. The practice has been criticised in both the biodiesel and bioethanol industries. Earlier this year, ethanol trade association the Renewable Fuels Association (RFA) was a plaintiff in a lawsuit against the EPA challenging these RFS waivers.

The NBB brief, filed on 27 July, states: “EPA unlawfully has failed to account for all small-refinery exemptions it awards, violating its duty to promulgate percentage standards that ‘ensure’ all aggregate volumes are met.”

“Unaccounted for small-refinery exemptions reduce aggregate volumes, and EPA’s approach creates a new, de facto waiver authority contrary to Congress’s design. Despite knowing those consequences, EPA declines to adjust percentage standards to account for that shortfall, either before it is likely to happen or after it actually does.”

According to a statement, NBB estimates that 2016 and 2017 exemptions reduced demand for biodiesel by more than 300 million gallons. The trade association argues that every 100 million gallons of biodiesel production supports around 3,200 jobs.

NBB ‘forcefully argues’ in the brief that EPA ‘violated its duty to ensure that the annual volumes it sets are met.’ Apparently, the EPA asked for comment in the 2018 RFS rulemaking process on how to treat retroactive small refinery exemptions but decided not to account for them in the final standard.

The brief also sees NBB challenge the EPA’s use of its cellulosic waiver authority to reduce the 2018 advanced biofuel RVO below the volume the agency determined would be reasonably attainable. It also argues that the 2018 biomass-based diesel (BBD) volume was set based on factors not set in the RFS statue, while disregarding factors that are in the statue.

“EPA set the 2019 BBD volume nearly identically to how it set the 2018 volume, which NBB is challenging in a separate proceeding. But the result here is even worse for the industry,” NBB says in the brief.