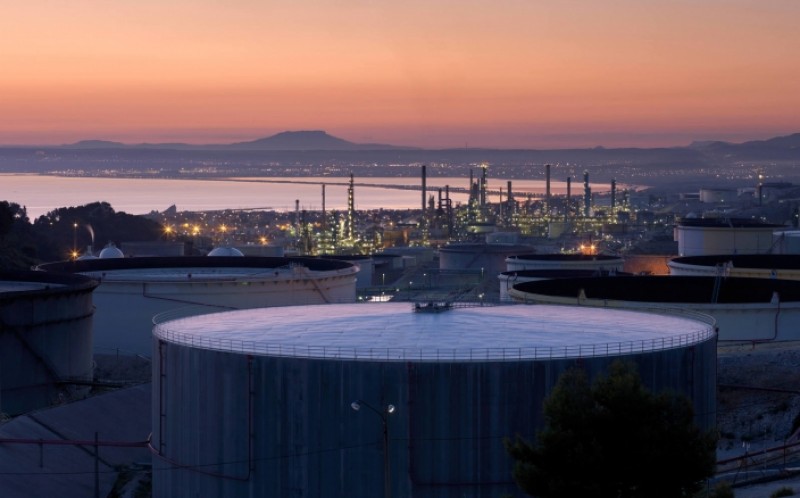 Total has commenced production at the La Mède biorefinery in the southeast of France, reporting first production of biofuel.

The former oil refinery has been converted into a ‘new energies’ facility through a project that began in 2015 with a total capital expenditure of €275 million.

The La Mède facility includes: a biorefinery, with a capacity of 500,000 tonnes per year of biofuel; an 8 MW solar farm; a unit to produce 50,000 cubic metres per year of AdBlue®, an additive that reduces nitrogen oxide emission from trucks; a logistics and storage hub; and a training centre able to host 2,500 students each year.

The biorefinery is able to produce 500,000 tonnes of hydrotreated vegetable oil (HVO) annually, and will produce both biodiesel and biojet fuel for the aviation industry.

According to Total, of the biofuels produced at La Mède, 60-70% will be from sustainable vegetable oils, including rapeseed and palm oil, with the remaining 30-40% from treated waste, such as animal fats, cooking oil and residues.

The company has pledged to process no more than 300,000 tonnes of palm oil per year and at least 50,000 tonnes of French-grown rapeseed, which will create another market for domestic agriculture.

All oil processed at the La Mède facility will be certified sustainable to European Union standards.

“I’d like to thank the teams for all their hard work these last four years to convert our La Mède refinery,” said Bernard Pinatel, president, Refining & Chemicals at Total. “Biofuels are fully renewable and an immediately available solution to cut carbon emissions from ground and air transportation. When produced from sustainable raw materials, as at La Mède, they emit over 50% less carbon than fossil fuels. Our biorefinery will allow us to make biofuels in France that were previously imported.”

As part of the project, 65% of the orders to convert the facility were awarded to local businesses, creating 800 jobs and €140 million in revenue.

Total additionally invested €5 million in the economic development of the Fos-Etang de Berre region, through its support of initiatives to create jobs, attract industrial projects and support contractors.