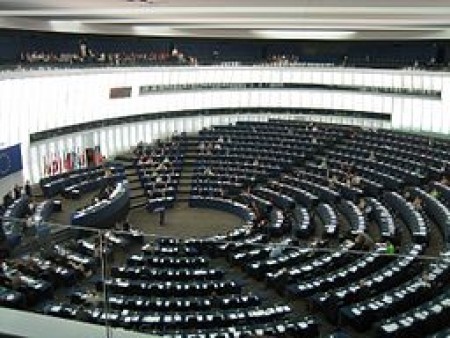 After much deliberation, the European Parliament has voted in favour of the revised Renewable Energy Directive (often dubbed RED II).

The plenary of the European Parliament adopted its first reading position on RED II on 17 January. It has been met with mixed responses within the biofuels industry. While some have commended the decision to allow crop-based biofuels to be included towards RED targets and lauded the support to advanced biofuels, others have questioned the distinctions RED II makes between different fuels.

In November 2016, the Commission published a proposal for a revised RED, aimed at ensuring the EU would reach its target of a 27% renewable energy mix by 2030.

At a glance – what has been agreed?

A key decision made in the voting is to remove biodiesel made from palm oil from the list of biofuels counting towards EU renewables targets from 2021.

According to Platts, another key outcome of the vote relates to biofuels produced from food and feed crops. This amounts to a cap on conventional biofuels used in transport to existing levels.

The plenary vote has also increased the target of renewable energy use in the EU economy to 35%, with a specific transport target of 12%. It also includes an increased incorporation obligation for fuel suppliers of up to 10%.

What does the industry have to say?

The European Waste to Advanced Biofuels Association (EWABA) welcomes what it labelled a pragmatic approach from the European Parliament, and the potential regulatory certainty it could bring. EWABA secretary general Angel Alvarez Alberdi said that “the Parliament first reading position shows once more that EU policymakers rely on the contribution of advanced waste-based biofuels such as used cooking oil and animal fats-based biodiesel to decarbonise the EU transport sector.”

Alberdi continued: “These biofuels deliver the highest greenhouse gas savings, are widely commercialised throughout the EU, and are comparatively cost-effective. We look forward to the initiation of the trilogue negotiations hoping for a swift deal that will bring to the industry much needed regulatory certainty.”

Emmanuel Desplechin, ePURE secretary general, said: “The Parliament has sent a message that not all biofuels are created equal by focusing on getting rid of those that drive deforestation like palm oil. But its amendments still risk making it harder for EU Member States to realistically boost renewables in transport.”

ePURE is calling on the EU to develop an energy policy that looks at the real sustainability credentials of individual biofuels, rather than attempting to place them into simple categories of ‘conventional’ or ‘advanced’.

“As the main EU institutions begin negotiations on renewables policy for the post-2020 period, the EU must remain committed to a meaningful binding target for renewables in transport – one that does not rely on artificial multipliers to create the illusion of better performance and make it easier for countries to meet their targets,” Desplechin said.

“It should also keep in place the maximum contribution of crop-based biofuels at 7% – essential for safeguarding current and future investments. And it needs a strong commitment to ramping up advanced biofuels.”

“The EU can still make this legislation work. By empowering Member States to use homegrown solutions for renewable energy, Europe can truly deliver on its Paris commitments.”

Like Desplechin, Thomas Schroder, from the Biorefining Commercial division of biotechnology company Novozymes, had mixed feelings on the announcement.

“The compromise caps all conventional biofuels at existing consumption levels, failing to differentiate most sustainable ones such as ethanol. This is a missed opportunity in the fight against climate change,” Schroder said.

“It is positive though that a target for renewables in transport of minimum 12% by 2030 is reintroduced. This should ensure action in a sector which still relies today for 95% on fossil fuels. This target, however, must be met in full without using artificial multiple counting mechanisms.

“It is also positive that the Parliament maintained the Commission proposal to have a specific blending obligation for advanced biofuels (3.6% by 2030). This is critical for their progressive deployment alongside sustainable conventional biofuels.”

This article was written by Daryl Worthington, editor of Biofuels International.