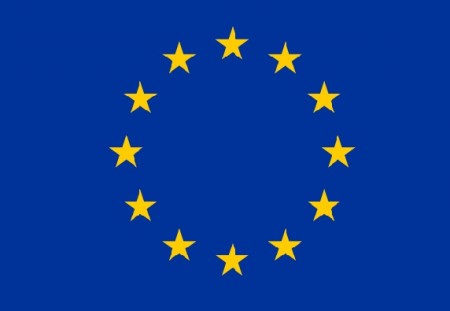 Bioforever, a consortium of 14 European companies, has announced the start of a demonstration project for the conversion of woody biomass to biochemicals.

Bioforever is an acronym for bio-based products from forestry via economically viable European routes.

The consortium intends to demonstrate the feasibility of various new value chains from lignocellulosic feedstocks to chemical building blocks like butanol, ethanol, 2, 5 – furandicarboxylic acid (FDCA) on an industrial scale.

The consortium has been helped to run the project with funding from the EU’s Horizon 2020 programme. The programme aims to help EU countries produce “world-class science” and remove barriers to innovation.

The project is being coordinated by science specialist DSM.

Speaking about the scheme, Matti Heikkilä, chief technical officer at Finland-based industrial biotechnology firm MetGen, said: “MetGen has always been enthusiastic about building new industrial value-chains through collaboration. We are certain that it is already possible to be competitive against petroleum-based chemicals and the food-based sugars utilising existing technologies – more than that, we can make better products than is possible through conventional processes.

“To be successful in such a task requires connecting the capabilities and expertise of several companies and research organisations to create complementary and complete processes.

“Bioforever brings together the most potential technologies in Europe and unifies professionals behind them to tackle an ambitious goal of enabling next generation bio-refining industry.”

A number of pre-treatment and subsequent conversion technologies will be demonstrated, including delivering commercialisation routes for the most promising value chains.

Nadège Laborde, president of Novasep's Industrial Biotech Business Unit, said: "Bioforever is supporting the development of a sustainable economy and is part of the European 2020 Strategy.

“This industrial project must demonstrate we can reach economically-viable production of bio-sourced products from a range of woody biomass. Novasep is thrilled to be part of this ambitious project, which is poised to succeed.”

The demonstration project starts in September and will run for three years. The overall budget is €16.2 million with a €9.9 million contribution from BBI JU. Woody biomass, including waste wood will be converted to lignin, (nano-) cellulose and (hemi-) cellulosic sugars, and further converted to lignin derivatives and chemicals like butanol, ethanol and FDCA on industrial scale, where feedstocks will be benchmarked with crop residues and energy crops.

Typically, such bio-refineries will be projected in logistic hubs such as the Port of Rotterdam and other European ports.

Tim Davies, chief technical officer at UK-based renewable chemicals company Green Biologics, said: “Green Biologics relishes the opportunity to work towards the aims of Bioforever, which, through combining a strong consortium of industrial biotechnology, chemical and manufacturing companies and the best available technologies, will drive toward the commercialisation of renewable technology and the development of a world leading bio-refining industry.”

UK-based biofuels research specialist Alkol Bioetech will be providing companies within the consortium with non-woody feedstock for the companies which use it to produce several chemicals such as ethanol, succinic acid, PLA plastic, polyethylene.

An Alkol Biotech spokeswoman told Biofuels International: “In this sense, we will be providing dry crushed residue from our sugarcane variety called EUnergyCane we are currently growing in Spain and later in the UK.”