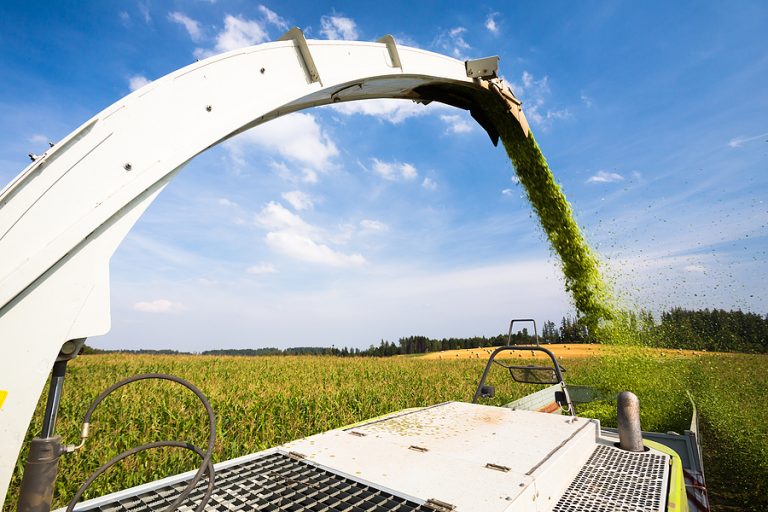 Combine harvester unloading corn
Brazil’s tariff rate quota (TRQ) has been extended for a further 90 days after expiring on August 31 and a 20% tariff was temporarily applied to all US ethanol.
A joint statement from Ryan LeGrand, president and CEO of the US Grains Council; Emily Skor, CEO of Growth Energy; Jon Doggett, CEO of the National Corn Growers Association; and Geoff Cooper, president and CEO of Renewable Fuels Association was released following the announcement.
It said: “The US Grains Council, Growth Energy, the Renewable Fuels Association and the National Corn Growers Association believe the 90-day extension of the TRQ serves neither Brazil’s consumers nor the Brazilian government’s own decarbonisation goals, especially while Brazil’s ethanol producers continue to be afforded virtually tariff-free access to the US market.
“The extension falls during Brazil’s annual inter-harvest period when US ethanol exports to Brazil are traditionally low, causing greater uncertainty for US exporters looking to make selling decisions now for the traditionally higher Brazilian demand in the winter months. While the Brazilian ethanol market has not been fully reopened to imports, we appreciate the continued support and efforts of the US government as we use this 90-day period to aggressively pursue an open and mutually beneficial ethanol trading relationship with Brazil.”
The statement added: “The US ethanol industry actively sought, through repeated dialogue with local industry and government, to illustrate the negative impacts of tariffs on Brazilian consumers and the Brazilian government’s own decarbonisation goals.
“However, it seems Brazil’s government has left its own consumers to pay the price through higher fuel costs once again. While we would have preferred Brazil abandon its ethanol import tariffs entirely and resume its free trade posture on ethanol, which it held for several years before the TRQ, we view its decision to temporarily extend the TRQ on ethanol at the current level as an opportunity to continue discussions toward that end.
“The US ethanol industry remains focused on expanding the global use of low-carbon ethanol, reducing barriers to trade and elevating its prominence in energy discussions. We remain eager to collaborate and cooperate with other nations that share in the vision of a free and open global ethanol market.”