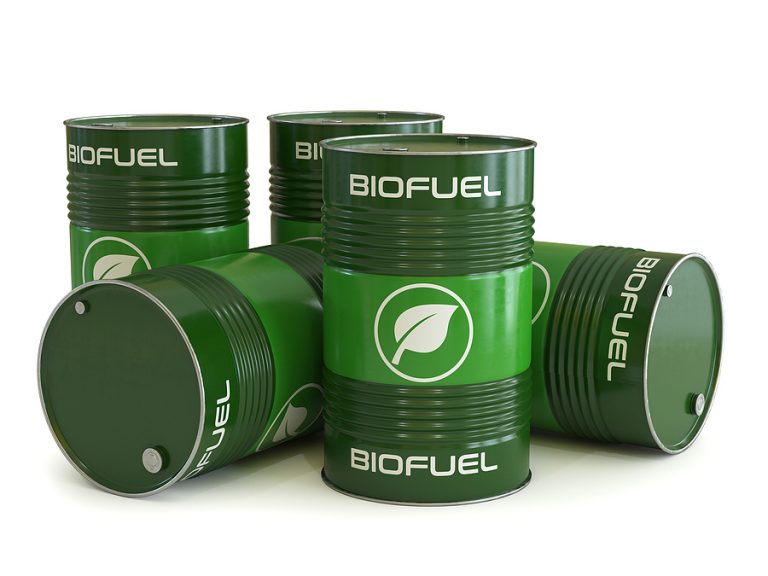 The German Bioethanol Industry Association has published the 2020 market data for the production and consumption of certified sustainable bioethanol.
German bioethanol production, standardised for use as fuel, amounted to around 700,000 tonnes in 2020 - an increase of 7.1% compared with the previous year.
In 2020, the year of the coronavirus, German producers also supplied the basic material for disinfectants.
In a fuel market that declined sharply in 2020 due to the pandemic, in which sales of petrol were almost 10% lower than in the previous year at 16.2 million tonnes (2019: 18.0 million tonnes), bioethanol consumption also declined.
The amount of ethanol and ethyl tertiary butyl ether (ETBE) used as an admixture in Super E10, Super Plus and Super E5 petrol fell by 4% to just under 1.10 million tonnes (2019: 1.14 million tonnes).
More than 125,000 tonnes of bioethanol were used for ETBE production, which is equivalent to 42.8% more than in 2019 (nearly 88,000 tonnes).
By contrast, bioethanol as an admixture in petrol fell by just under 8% to 971,000 tonnes (2019: 1.1 million tonnes).
The share of bioethanol on the petrol market rose to 6.4% by volume. In 2019, it was 6.0% by volume.
The market share of Super E10 in petrol sales also increased last year to 14.0% (2019: 13.7%).
The absolute sales volume in this case was 2.27 million tonnes. This figure was 2.46 million tonnes the previous year.
At 13.1 million tonnes in 2020, Super E5 achieved a market share of 80.6%. In the previous year, the 14.7 million tonnes of Super E5 sold represented a market share of 81.7%.
Super Plus achieved a slightly higher market share of 5.4% (2019: 4.6%). Domestic production of bioethanol rose by 7.1% last year to around 700,000 tonnes (2019: 652,000 tonnes).
Bioethanol production from sugar beet pulp increased significantly by almost 19% compared to the previous year, while production of grain-based bioethanol rose by 5%.
Stefan Walter, managing director of the BDBe, said: “Despite the coronavirus pandemic and the resulting restrictions on mobility, bioethanol producers were able to increase their production.”
The greenhouse gas reduction quota for the transport sector, which was raised from 4% to 6% at the beginning of the year, and the additional sales opportunities for bioethanol offered by the production of hand and surface disinfectants contributed to the positive development of the domestic bioethanol industry.
The use of bioethanol made it possible to save about 3 million tonnes of carbon dioxide in transport last year, which is equivalent to one million emission-free passenger cars. According to Walter, an ambitious increase in the greenhouse gas reduction quota by 2030, which is currently under discussion in the German Bundestag, could strengthen the effect on climate change mitigation in the long term.