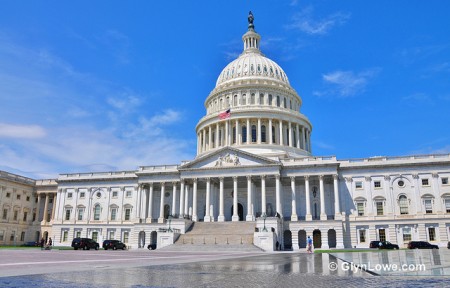 The Growing Renewable Energy through Existing and New Environmentally Responsible (GREENER) Fuels Act is the most recent proposal to reform the long-contested Renewable Fuel Standard (RFS).

Talks have been going on for some time about the RFS. Now the minority Democratic Party has introduced a bill into the House and Senate to amend the programme.

The changes would see madates for first generation (crop-based) biofuels phased out by 2037 and sets stricter standards for what qualifies as renewable biomass. This includes disqualifying invasive species and requires domestic producer to meet the stricter environmental reporting standards that are currently placed on foreign producers and domestic wood biomass producers.

Provisions to address the so-called ‘blend wall’ are also in the bill, capping ethanol blending at 9.7%. The blend wall is set at 10% so that the blended gasoline can work in older engines.

The Renewable Fuels Association claims that the wall was created by oil companies as an excuse for their lack of investment in blending capability.

One of the proponents of the bill, Senator Tom Udall from New Mexico, told reporters on 8 March: “A standard that was intended to benefit the environment may well be hurting it. Instead of promoting the kind of advanced biofuels that might deliver real benefits, the [renewable fuel standard] RFS has supported fuels that are not much cleaner than gasoline and not any more efficient.”

The bill has met with praise from environmentalists and the oil industry, but biofuels producers have denounced the proposed legislation. CEO of Growth Energy Emily Skor told The Hill: “When oil companies try to ghost write legislation for environmental front groups, you end up with some pretty backwards ideas, and that’s exactly what this appears to be. It’s dead on arrival with any lawmaker who cares about the climate, energy security, or the farm economy.”

On March 7 Growth Energy joined 150 plant managers in signing a letter to President Trump asking him to defend the RFS and reject proposals from Texas Senator Ted Cruz to cap the price of RINs at ten cents.

“A true win-win proposal would lift summertime restrictions on the sales of 15 percent ethanol blends. This minor change would support growth on all sides, generate a new supply of RINs, and ease pressure on refiners,” read the letter.

The letter also emphasised the importance of the RFS to the creation of jobs in the biofuels and agricultural sectors.

The RFS has come under increased scrutiny following the bankruptcy of Philadelphia Energy Solutions (PES), which blamed the RFS for its financial troubles. According to Reuters, RINs were the refiner’s second largest expense following the sourcing of crude oil. However, individuals in the biofuels industry have pointed to PES’ business practices as causes for it financial problems.