US Congress hears testimony on biofuels and the RFS 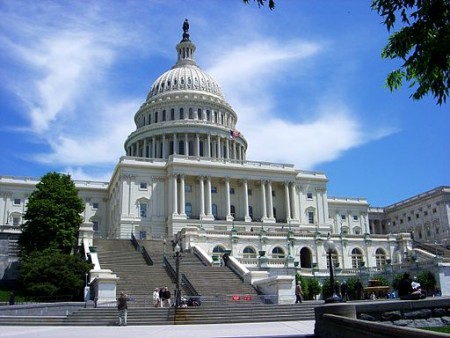 Testimonies stressing the importance of the Renewable Fuel Standard (RFS) to the biofuels industry have been given before the Congress House Energy & Commerce Subcommittee on Environment.

The testimonies, delivered to a hearing titled “Advanced Biofuels Under the Renewable Fuel Standard: Current Status and Future Prospects”, stressed the importance of the RFS to the biofuels industry.

Speaking on behalf of the National Biodiesel Board, Randy Howard, CEO of Renewable Energy Group, said: “The RFS provides a winning combination of benefits for Americans: greater energy security, substantial environmental benefits, and enhanced value-added agriculture. We would ask Congress to continue to support the programme and use its oversight authority to ensure that EPA administers the programme according to Congress’ intent.”

Controversy has surrounded the US Renewable Fuel Standard in recent months, with several key industry bodies saying a series of RFS waivers issued to oil refiners by the US Environmental Protection Agency are undermining the programme.

“Biodiesel truly is a success story of the RFS, helping to realise the energy security and environmental benefits that the RFS was intended to achieve. Biodiesel has consistently delivered more than the RFS currently requires – and we can do much more,” Howard continued.

Meanwhile, a representative from NATSO, the national trade association for travel plaza and truckstop owners and operators, also testified at the hearing in support of the RFS' role in supporting the biofuels industry.

Robin Puthusseril, Vice President and Co-Owner of the Greater Chicago I-55 Truck Plaza in Bolingbrook, Ill, stressed to the committee that the RFS has succeeded because it allows fuel retailers to offer biofuel blends to consumers at a price that is less expensive thanpetroleum based products.

"It is imperative that EPA immediately re-evaluate its criteria for issuing the small refinery waivers," Puthusseril testified.

"Going forward, I would hope  that EPA act in a manner that is more consistent with the RFS by requiring all waiver requests be received and assessed prior to finalizing biofuel mandates for a given compliance year."

The Energy & Commerce Subcommittee on Environment heard from a panel of seven witnesses, including representatives of the petroleum refining industry and an environmental group.