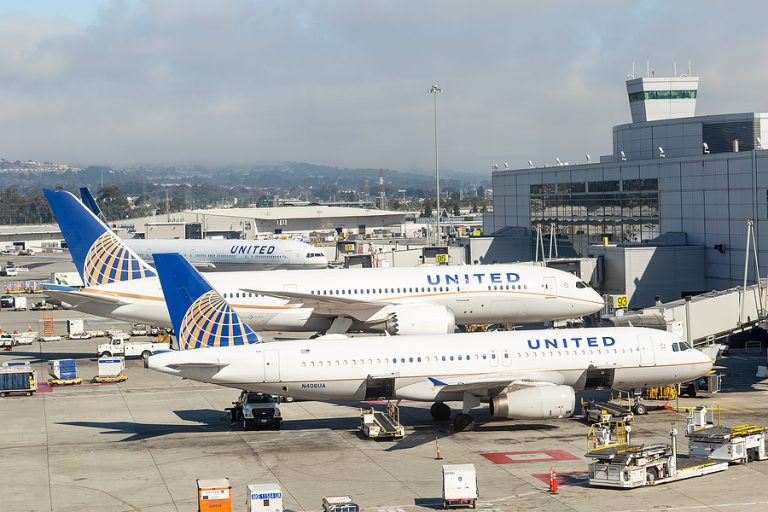 United has agreed to purchase at least 300 million gallons of SAF over 20 years from Dimensional as part of a commercial agreement.
United said this was another step in its bid to reach 100% green net-zero by 2050, without the use of traditional carbon offsets.
While facilities around the world continue to use Fischer-Tropsch to produce fossil fuels, Dimensional will be one of the first to use it to produce sustainable aviation fuels (SAF).
United's SAF agreements represent the largest volume of SAF of any airline over the next 20 years, based on publicly announced agreements.
"Sometimes you have to look to the past to solve new problems, and we recognise that decarbonizing air travel is going to require combining proven technologies, such as Fischer-Tropsch, with the latest advances in science and engineering," said Michael Leskinen, president of United Airlines Ventures.
"As we grow our portfolio of companies like Dimensional, we are creating opportunities to scale these early-stage technologies and achieve United's commitment carbon neutrality by 2050, without the use of traditional carbon offsets."
Dimensional Energy was founded in Ithaca, New York, in 2016 and has spent the last six years refining its reactors and catalysts in both lab and real-world demonstrations.
The company's early success led to its status as a finalist in the first Carbon Xprize, and in September 2021, global climate technology nonprofit investor Elemental Excelerator funded Dimensional as part of its 10th cohort, which led to the company's introduction to United.
"I am continually impressed by the team at Dimensional Energy as we scale our advanced carbon dioxide to fuels technology. On top of delivering clear environmental impact, our business model includes delivering durable benefit to local communities through creative partnerships. We envision a world run on conflict-free energy. United's support of sustainable aviation fuel made from captured emissions is an important step in the aviation industry's pursuit of carbon neutrality," said Dimensional Energy co-founder and CEO Jason Salfi.