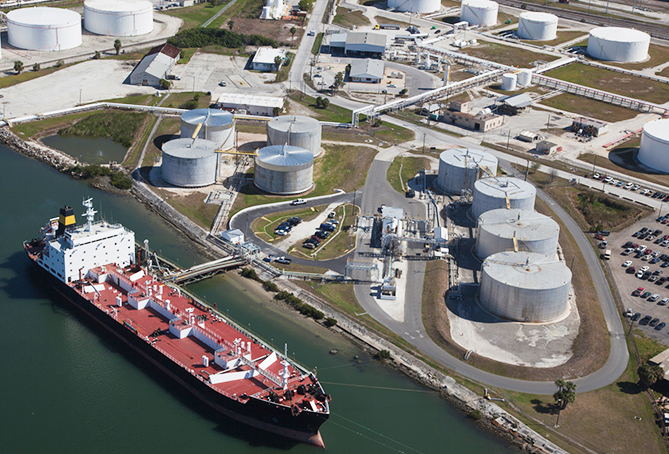 Toyota Tsusho Petroleum, a physical bunker supplier operating barges in the Port of Singapore and part of Japan's Toyota Tsusho Corporation, has become the latest player to announce it will conduct biofuel trials in the city-port.
This comes after global resources company BHP, German shipping company Oldendorff Carriers, and advanced biofuels pioneer GoodFuels, with the support of the Maritime and Port Authority of Singapore, conducted the first marine biofuel trial involving an ocean-going vessel bunkered in Singapore on April 4.
TTP's trial, which will run from April to September in collaboration with other partners, is being undertaken with a view to the regular use of biodiesel fuel in international maritime transport.
In addition to this trial, Toyota Tsusho Petroleum is also supplying biofuel produced in Europe and sold by GoodFuels, a biofuel producer in the Netherlands, for foreign ships at the Port of Singapore.
The International Maritime Organisation has adopted targets for international shipping to reduce carbon intensity by at least 40% by 2030, and to at least halve total greenhouse gas emissions by 2050, both in comparison to 2008 levels.
The Japanese government has also established the goal of becoming carbon neutral by 2050 and is promoting a shift of fuels for ships from heavy oil and light oil, which are petroleum-derived, to alternative fuels under its Green Growth Strategy.
"In Singapore, with the launch of the Singapore Green Plan 2030, sustainable development and decarbonisation is now a national imperative," Minister for Transport Ong Ye Kung said.
Singapore is the world's largest bunkering port. Singapore's 2020 bunker fuel sales grew 5% year on year to 49.83 million tonnes at a time when many other bunker hubs saw their marine fuel sales volumes drop due to tough market conditions reflecting the impact of COVID-19.