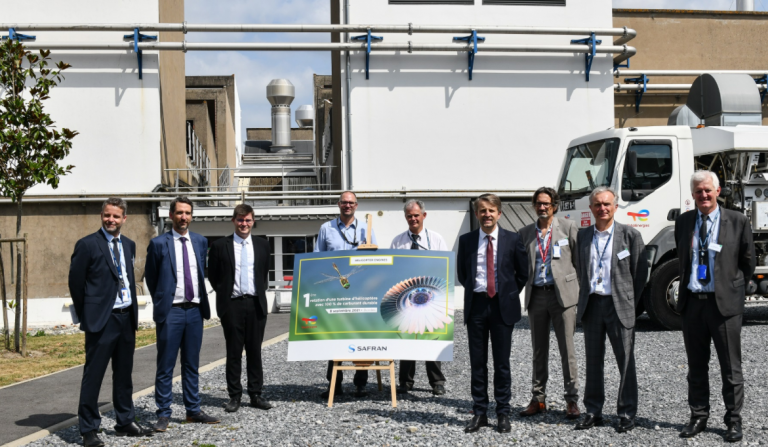 Safran Helicopter Engines completed a first at its Bordes site in France by successfully testing an engine using 100% sustainable aviation fuel (SAF).
A Makila 2 ran on a biofuel produced by TotalEnergies from residues and waste from the circular economy - specifically used cooking oil (UCO).
This test was able to evaluate the operational impact of using only SAF on a helicopter engine.
Franck Saudo, CEO of Safran Helicopter Engines, said: "After the first flight of a rescue helicopter using 40% SAF in June, and the fuel’s gradual introduction for engine tests at our sites since July, we are now taking a new step toward using fuel made entirely from renewable sources.
“This test campaign is a key step in the realisation of future test flights with our helicopter partners. The use of sustainable fuels among helicopter operators and at our sites, is a promising lever to significantly reduce CO2 emissions over the entire life cycle of our products.”
"By offering our customers like Safran sustainable aviation biofuels produced in France, we are meeting a strong demand from the aviation industry to reduce its carbon footprint. The development of biofuels is one of the main thrusts of TotalEnergies' multi-energy strategy to meet the challenge of decarbonising the transportation sector. This is fully in line with the Company's climate change ambition of achieving carbon neutrality by 2050," added Virginie Merini, senior vice president, Renewable Fuels at TotalEnergies.
Safran engines are already certified to operate with up to 50% SAF. With 100% incorporation, the lower carbon footprint of these fuels will reduce CO2 emissions by up to 80%.