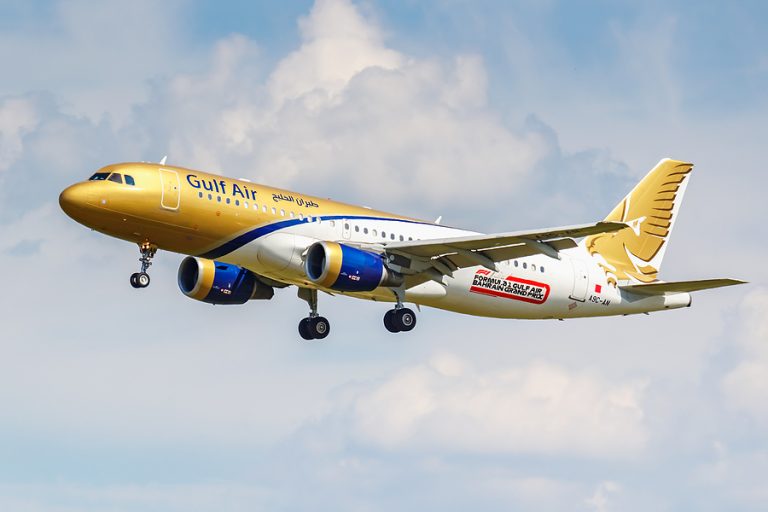 Gulf Air has revealed it will be using sustainable aviation fuel supplied by Neste.
The airline unveiled its first Boeing 787-9 Dreamliner at the Formula 1 Gulf Air Bahrain Grand Prix three years ago and at this year’s showpiece, it used SAF to conduct the iconic flypast.
The Dreamliner aircraft are scheduled on Gulf Air’s long-haul routes and are equipped with Rolls-Royce Trent 1000 engines which boast superior fuel efficiency and reduced emissions, consuming 20% less fuel and producing around 20% fewer emissions than the aircraft they replaced.
Neste MY Sustainable Aviation Fuel provides an immediate solution for reducing the carbon emissions of flying. In neat form and over the life cycle, its use results in up to 80% lower greenhouse gas emissions compared to fossil jet fuel.
Gulf Air Captain Waleed AlAlawi, acting CEO, said: “Each year, Gulf Air takes great pride in being the title sponsor of the Formula 1 race at the Bahrain International Circuit.
“This year, we wil mark the beginning of the race with a truly special low emission flypast highlighting our future strategy to explore the use of Sustainable Aviation Fuel in our aircraft and standing by our commitment to lower our carbon emissions.”
Jonathan Wood, Neste’s vice president renewable aviation, added: “We are pleased to support Gulf Air and the aviation industry on its journey to significantly reduce emissions, and look forward to increasing the use of Sustainable Aviation Fuel in the Gulf region, given its leading role in the global aviation sector.”