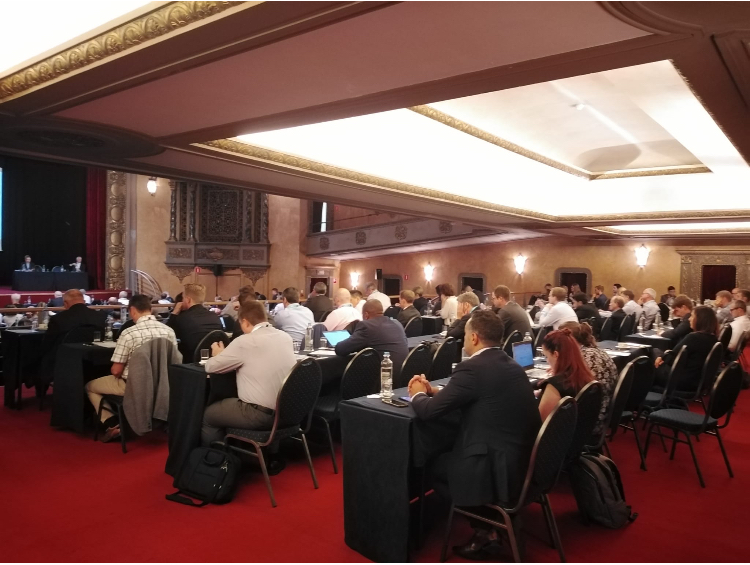 Hundreds of delegates descended on Brussels for the 13th Biofuels International Conference and Expo.
The event at the La Plaza Hotel in the heart of Brussels could not have come at a more crucial time for the biofuels industry.
The war in Ukraine has thrown the energy sector into sharp focus as rising prices and the ban on Russian oil and gas exports has accelerated the need to diversify.
These points were an ongoing theme throughout the two-day conference and were first highlighted by Angel Alberdi, secretary general of EWABA, who kicked off the event on Tuesday, July 5.
Olivier Mace, owner of Broadmanor Consulting, continued the theme with his views on the role of biofuels as part of the energy transition.
He said sustainability was part of the big today as was the food versus fuel argument that was raging between many NGOs and biofuel producers.
He said: “Look at where we are now when people said biofuel had no impact on fuel prices. How do we make agriculture more sustainable, is also another one of the big questions.”
Craig Winneker, communications director for ePURE, reiterated the importance of biofuels to the green deal while Johannes Lehken, from Neste, stressed the important role renewable diesel had to play in a low carbon future.
The impact of the EU’s Fit for 55 package and the Ukraine crisis and its impact on energy prices was also high on the agenda at the event.
Networking lunches, breaks and drinks session, sponsored by Technoilogy, Bureau Veritas and Emissions Analytics, proved very popular with speakers and delegates mingling together and discussion the main biofuel issues of the day.
Day two also proved very popular and was equally well attended. Ausilio Bauen, director of e4Tech, chaired proceedings.
Contributions included those from Luc Pelkmans, technical coordinator at IEA Bioenergy, Henrik Brodin, business development manager at Sodra and from Joey van Elswijk, the commercial manager at the Port of Amsterdam.
John Archer, CEO of HutanBio, praised the two-day event adding that it was a very useful tool to network and to meet new contacts.
He concluded: “Well done for organising a wonderful event. It was great to see so many people here which gave us an opportunity to tell them what we are all about.”