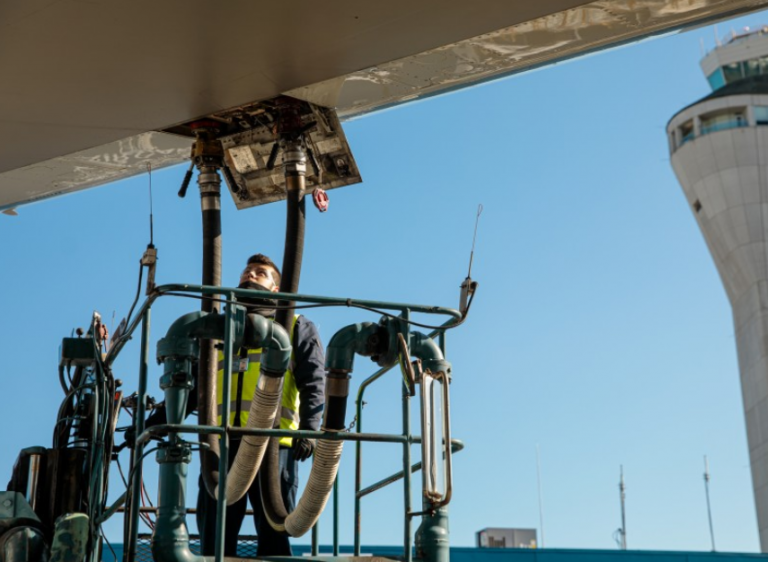 An aircraft being filled with SAF
Amazon Air has secured up to six million gallons of sustainable aviation fuel (SAF) supplied by Shell Aviation and produced by World Energy as it aims to meet its Climate Pledge.
Air cargo is an important part of Amazon's operations, but also a highly carbon-intensive part of the global supply chain.
With this 12-month deal, Amazon Air is prioritising sustainability by bringing SAF into its air operations. This commitment also makes Amazon Air a key enabler of SAF production, building demand as the fuel industry seeks to increase access to low-carbon aviation fuel.
The blended fuel Amazon Air secured includes feedstock of inedible agricultural waste fats and oils and has the power to reduce carbon emissions by up to 20%.
SAF is produced by World Energy, one of the largest and longest-serving advanced biofuel suppliers in North America.
"Development of more efficient air cargo solutions is critical to achieving our goal of net-zero carbon across Amazon by 2040," said Sarah Rhoads, vice president of Amazon Global Air. "We're already reducing carbon across our air network, from our ground operations - where we were the first to use electric main deck loaders in North America - to our fleet and network design. Using sustainable aviation fuel is a natural next step and one that calls for continued action. We encourage other companies to join us in the effort to engage with suppliers to create more fuel alternatives."
Earlier this year, Amazon trialled SAF on two flights originating from Washington to Arizona and Connecticut.

An aircraft being filled with SAF