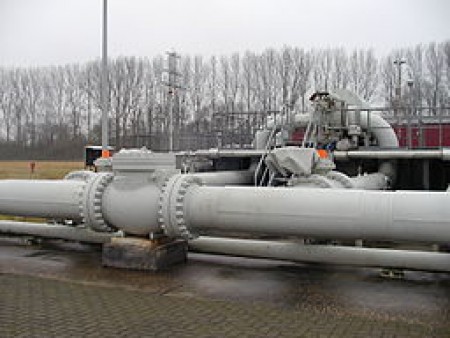 Concerns remain over the safety of rail to transport energy liquids and gases, according to a newly published report.

The research from the US National Academy of Sciences, Engineering and Medicine argues that both pipeline and maritime transportation have a more comprehensive safety system in place than rail road transportation.

Long-distance transportation of domestically produced crude oil, ethanol and natural gas has increased sharply and unexpectedly since 2005, according to the report. This has led to a number of concerns arising about the safe transport of these hazardous materials, especially in relation to railroad track defects, rural communities’ emergency response preparedness, and the older tank car designs that will continue to be used in multi-car unit trains.

It is argued in the new study that pipelines and barges have accommodated major portions of the growth in domestic energy liquids and gases without significant new safety problems and within the basic framework of their longstanding regulatory and safety assurance systems.

The US’ increased production of crude oil, natural gas and corn-based ethanol created unforeseen demands and safety challenges for their transportation via pipelines, tank barges and railroad tank cars. When the study, sponsored by the National Academies under the auspices of the Transportation Research Board, was launched in 2015 a major debate was underway over whether the ‘domestic energy revolution’ was placing stress on the transportation system that would ultimately sacrifice safety.

The recently published study makes policy recommendations that could help reduce the likelihood of incidents involving the handling of these energy sources as well as ensuring an effective emergency response when incidents do occur.

A significant conclusion of the report is that railroads have an opportunity to create a more robust safety assurance system for moving crude oil and ethanol, one which is similar to those used by pipeline and maritime carriers.

It’s noted by the authors that prior to 2005, railroads had very little experience in carrying ethanol and crude oil in large quantities. This meant that after the surge in domestic production, a situation arose where railroads were called upon to transport hazardous energy liquids in tank cars that had not previously carried them in bulk.

The committee found no new safety problems have emerged from the increased use of pipelines transporting larger amounts of domestic oil and gas. It does note however, that substantially more pipeline mileage and higher traffic volumes may result in more pipeline releases over time, simply because of the increase in exposure. The safety impact of this is likely to depend on the extent to which new pipeline technologies, leak monitoring systems, and more vigilant and capable integrity management programs are effective in protecting the newer pipelines and the older ones that connect to them.