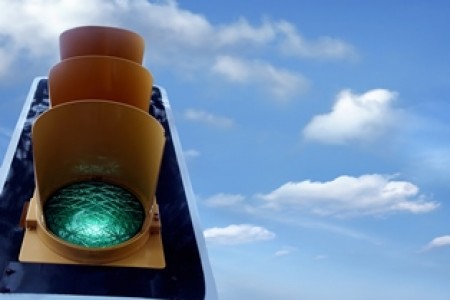 Motorists are backing E10 fuel, according to a new poll.

A survey of over 25,000 motorists by Fair Fuel UK, the ‘independent voice of UK drivers’, revealed that over 82% of motorists supported the Government promoting E10 – a more environmentally friendly fuel consisting of 10% ethanol blended with petrol – as a method of lowering transport emissions.

Within the sample, nearly 84% of the 12,789 Conservative voters questioned supported E10, whilst a massive 93% of DUP voters were also in favour, giving comfort to the governing parties who may be looking to introduce the biofuel in an effort to lower transport emissions and hit binding targets. Among the main opposition party voters nearly 84% of Labour supporters and 86% of SNP voters backed E10.

The proposals to introduce E10 fuel may feature among the Department for Transport’s forthcoming recommendations on the Renewable Transport Fuels Obligation which sets the level of renewable fuels used in the transport sector.

Currently all UK petrol contains 5% bioethanol, despite most of Europe and North America using at least 10% and some countries such as Brazil using 85%.

Bioethanol is a low-carbon renewable fuel which reduces carbon emissions, carcinogens and other pollutants from road vehicles.

It is estimated that introducing E10 in the UK would be the emissions equivalent of taking 700,000 cars off the road – comparable to a traffic jam from London to Moscow! In the UK bioethanol is primarily produced from low-grade wheat, providing a valuable market to British agriculture, and displacing imported soya products used by dairy farmers through its co-product of protein-rich animal feed.

The poll also showed ongoing popularity for liquid fuel and petrol cars, despite government efforts to push people towards electric vehicles, furthering the argument to decarbonise petrol in the short-term. In the face of potentially punitive action against diesel drivers, of those likely to change from a diesel car, 9.4% said they planned to purchase a petrol or petrol hybrid, whilst just 0.7% would choose an electric car.

Howard Cox of Fair Fuel UK said:“It would be a massive dereliction of duty if the government choose to ignore proven effective ways to reduce emissions in favour of tax hikes. As motorists continue to favour liquid fuels such as petrol vehicles, it makes sense to lower their carbon and pollutant emissions through readily available options such as E10.”

Mark Chesworth, managing director of Vivergo Fuels, the UK’s largest bioethanol producer, said: “We have been calling on the government to introduce E10 in the UK for many years and this poll shows that a massive number of motorists from across the political spectrum support this.

“All sales figures show that petrol cars are becoming more popular and it would be remiss of us not to take this opportunity to lower emissions in this area. The government should take comfort from these figures and take the action needed to decarbonise transport whilst supporting a vital British industry and a valuable market for British farmers.”