First generation biofuels don’t have to mean food shortages, according to UN official 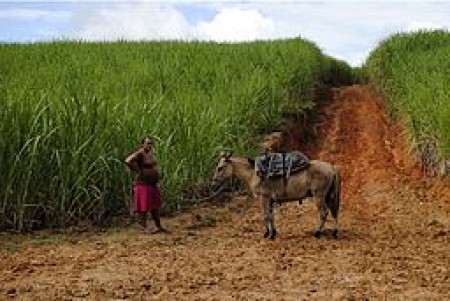 A senior official from the Food and Agriculture Organisation of the United Nations has said sugar cane cultivation can supply both food and fuel without harming the environment.

Speaking at a 7 June EURACTIV event, Olivier Dubois said Brazil shows that biofuel production doesn’t necessarily have to raise food prices or damage the environment. In particular, he stressed the importance of avoiding oversimplification of the debates surrounding biofuels as such generalisations rarely reflect reality.

One such “sweeping statement”, according to Dubois, “is that food-based biofuels are necessarily bad for food.”

Dubois argued that biofuels should be seen as a tool for responsible investment in agriculture and rural development. He used Brazilian sugarcane as an example, which he argues hasn’t caused land use changes or food changes through its use as a source for bioethanol.

“Brazilians have invested a lot in sugar and now they can produce both food from sugar and ethanol fuel,” he said at EURACTIV’s event.

Dubois also raised the highly contentious issue of palm oil, which the European Commission has recently agreed a resolution to phase out. Palm oil makes up two thirds of the vegetable oil produced worldwide, and has a yield three or four times higher than any other vegetable oil.

“In Indonesia for instance, 45% of palm oil is produced by small-scale farmers,” Dubois remarked. “So basically if you ban palm oil we will need a lot more land to produce the same amount of vegetable oil and you might severely affect small farmers,” he warned, adding there were ways to produce palm oil sustainably.

“These two examples show that every circumstance is different and needs to have a case-by-case approach,” Dubois said, according to EURACTIV.