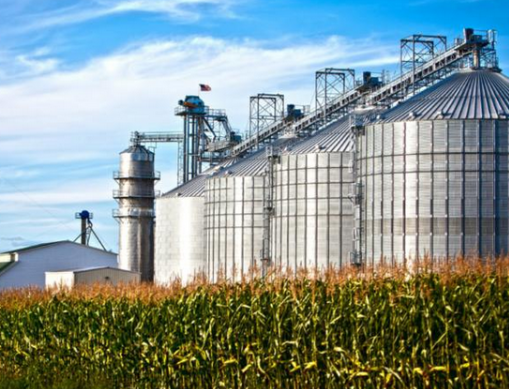 European renewable ethanol association (ePURE) members produced 5.57 billion litres of ethanol and 6.16 million tonnes of co-products in 2020, according to new data.
The figures showed a significant increase in production of ethanol for industrial use.
The new statistics confirm the importance of European renewable ethanol biorefineries to achieving EU Green Deal objectives by reducing transport emissions and ensuring sustainable domestic production of animal feed and other beneficial co-products, including captured CO2.
More than 98% of the feedstock used to produce renewable ethanol by ePURE members – including cereals, sugars, wastes and residues – was grown or sourced in Europe.
Of the total ethanol output from ePURE members in 2020, more than 79% was for fuel use, with an average of more than 75% greenhouse-gas savings compared to fossil petrol.
Of the remaining ethanol production in 2020, 5.6% was for food and beverage uses and 15.2% was for industrial applications, including hand sanitiser and other hygienic uses.
When the COVID-19 pandemic surged in early 2020, several EU ethanol biorefineries swiftly adapted production to supply ethyl alcohol for medical use, while continuing to make low-carbon renewable fuel ethanol.
“Renewable ethanol is more than a fuel,” said Emmanuel Desplechin, Secretary-General of ePURE. “As these numbers confirm, the additional benefits of European ethanol production including offsetting the need to import soybean meal for animal feed and ensuring a strong supply of alcohol for medical and industrial use.
“This is on top of the vital role renewable ethanol must play in achieving the ambitious decarbonisation targets of the EU Green Deal, as an immediate, cost-effective and socially inclusive carbon-abatement solution to power the vehicles of today and tomorrow.”
ePURE represents 35 members (including 19 producers) with around 50 plants across the EU and UK, accounting for about 85% of EU renewable ethanol production.