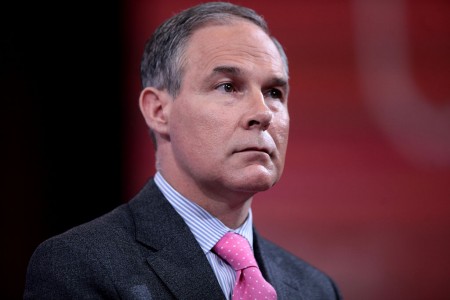 A group of representatives from the US ethanol industry is suing the EPA for its use of waivers from the Renewable Fuel Standard (RFS).

The plaintiffs are Renewable Fuels Association (RFA), National Corn Growers Association (NCGA), the American Coalition for Ethanol (ACE) and National Farmers Union (NFU), with support of Farmers Union Enterprises. The coalition filed their motion in the US Court of Appeals for the 10th Circuit in Denver, Colorado.

The suit is challenging the EPA’s decisions to exempt refineries in Wynnewood, Oklahoma; Cheyenne, Wyoming; and Woods Cross, Utah from the RFS requirements of the Clean Air Act. The Wynnewood refinery is owned by Wynnewood Refining Company, a subsidiary of CVR Energy, and the Cheyenne and Woods Cross refineries are owned by HollyFrontier Corporation. In a statement announcing the suit, the group estimated that the exemptions have saved the oil companies a collective $170 million (€145 million) in compliance costs.

The group claims that the exemptions were made in ‘unusually clandestine proceedings’. The EPA says that it maintains secrecy when evaluating waiver applications to protect the business interests of the companies.

In a response to a request for comment, an EPA spokesperson said that the agency does not comment on pending litigation.

The US Environmental Protection Agency (EPA) has granted these waivers to refiners under a ‘hardship’ clause that is meant to protect small refiners (those that produce less than 75,000 barrels of oil per day) from ‘disproportionate economic hardship’ under the RFS. In practice, while the EPA has only granted waivers to refineries that produce less than 75,000 barrels per day, the refineries are often owned by multi-million dollar enterprises whose total output far exceeds that limit and post profits.

The ethanol industry has criticised the practice since it became apparent that the EPA was granting waivers to large corporations who typically would not have qualified for the measure previously. The EPA says that it uses the same criteria to evaluate waivers applications as previous administrations. The agency has also been told to relax is definition of ‘economic hardship’ by courts following a successful suit by the Sinclair Oil Corporation in 2017.

Both Sinclair and HollyFrontier have successfully appealed to the EPA to overturn their Obama-era waiver denials. In response, the EPA awarded tens of millions of dollars’ worth of renewable identification numbers (RINs) to the companies, according to Reuters. The wire service says that this is the first reported instance that RINs from a previous year have been issued into the present market.

“EPA is trying to undermine the RFS program under the cover of night,” said Bob Dinneen, CEO and president of the RFA. “And there’s a reason it has been done in secret—it’s because EPA is acting in contravention of the statute and its own regulations, methodically destroying the demand for renewable fuels”

“With the little information we’ve been able to piece together through secondary sources, it’s clear that EPA has been extending these exemptions to refineries that didn’t qualify for them.”

Brian Jennings, CEO of ACE, said that the EPA’s actions amount to “systematic cuts to ethanol blending” and that the agency was distorting the law in order to grant the waivers.

The Advanced Biofuels Association has also sued the EPA over its use of hardship waivers. It filed its motion early in May. In a statement announcing the move, the association’s president Michael McAdams said: “ABFA members are concerned that Administrator Pruitt is granting these exemptions in an arbitrary and capricious manner to undisclosed parties behind closed doors with no accountability for its decision-making process.”