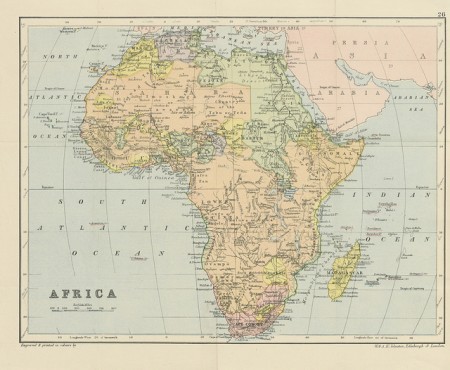 Africa has become the new frontier for innovative non-food crop based biofuels' projects, according to a new report by the United Nations Conference on Trade and Development (UNCTAD).

The report, 'Second-Generation Biofuel Markets: State of Play, Trade and Developing Country Perspectives', says that these initiatives are mainly taking place in Eastern and Southern Africa even though West Africa has also been the stage of promising projects.

According to the report, the production and trade of second generation biofuels in Africa is characterised by its limited scale and the existence of promising market niches such as cooking fuel supply.

The current low price of oil, difficulties encountered in the implementation of earlier projects, as well as the higher level of investment required for the development of second-generation biofuels ventures do not point towards a large-scale development in the near term, the report highlights.

However, two main types of second-generation biofuel projects can be found on the continent — the transport industry and domestic uses such as cooking. In addition, the use of bagasse to generate electricity could be regarded as an additional advanced biofuel-related practice, which has increased in Africa.

Transportation is one of the largest markets for African biofuels with countries such as Angola, Ethiopia, Kenya, Malawi, Mozambique, South Africa and Sudan having all introduced blending mandates. Whereas, first-generation biofuels have been mainly used to meet this demand, several second-generation biofuels projects have been developed in recent years.

According to the report, 'Project Solaris' currently implemented in South Africa at the initiative of Boeing, South African airways and other partners is an example of an innovative project to promote the development of second-generation biofuels in the African transport sector.

The project aims to produce bio-jet fuel using Solaris, an energy rich and nicotine-free variety of tobacco. As of December 2014, 50 hectares of Solaris had been planted in the Limpopo province and blended fuel could be used by the airline as early as in 2017.

This is happening in the context of advanced technologies, economic pressures and a political will to act on climate change.

In the wake of environmental commitments countries have made with the Sustainable Development Goals (SDGs) and Paris COP21 climate change agreement, the report focuses on how the market for second-generation biofuels can be exploited, and how to make the technology avail¬¬able in developing countries.

With a specific focus on cellulosic ethanol, a new type of biofuel produced from wood, grass or the inedible parts of plants, the report provides a wide-ranging review as of 2015–2016 of the second-generation biofuels sector, maps selected cellulosic ethanol projects, and details recent policy developments from around the globe.

A key factor in decreasing costs for the industry has been process improvements that have allowed the market to expand, the report states.

Overall, two main strategies have given traction to advanced biofuels in the world. The first is a market-segmentation strategy in conventional/advanced cellulosic biofuels used in the US, and more recently in the EU with the adoption of limits for conventional biofuels, resulting in premium pricing.

The second is the availability of national development bank loans that have reduced risk and promoted growth in the industry, especially in China and Brazil.

This article was written by Liz Gyekye, editor at Biofuels International.