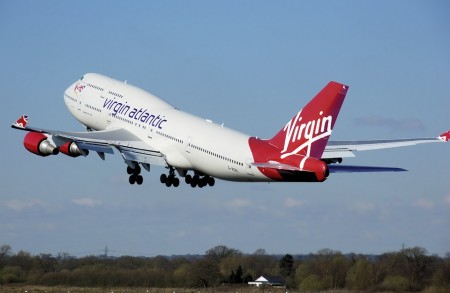 The Boeing 747 will be using a bioethanol and conventional turbine fuel mix.

“Long-haul travel is more important than ever for connecting people around the world. It’s our responsibility to ensure we’re doing that in the most sustainable way possible,” said Sir Richard Branson, Virgin founder.

The flight follows suit with an agreement between Virgin and bioenergy firm LanzaTech to produce the bioethanol blend in July of this year.

According to LanzaTech, the biofuel is estimated to reduce ‘at least’ 65% of greenhouse gas emissions compared with conventional turbine petroleum.

Virgin Atlantic has also been pressing the UK government to commit to supporting LanzaTech’s bid to open three UK plants by 2025.

Branson added, “Working with LanzaTech will enable us to drastically reduce our carbon emissions and at the same time help support UK industry.”

“That’s why we’re so excited to showcase this fuel on its first commercial flight as we plan for the world’s first full-scale jet fuel plant using this amazing new technology.”