US Midwest voters want Trump to protect the RFS 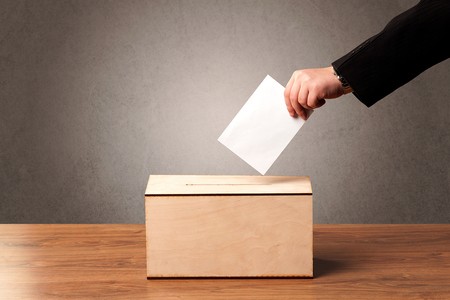 Polls sponsored by the US National Biodiesel Board show that voters in three Midwestern states think it is important that President Donald Trump keeps his campaign promise to protect the Renewable Fuel Standard.

While campaigning to be president, Trump told the January 2016 Iowa Renewable Fuels Summit: “The RFS… is an important tool in the mission to achieve energy independence for the United States. I will do all that is in my power as president to achieve that goal.”

Events of recent months, including a number of controversial RFS waivers for major oil producers, have led to suggestions that EPA Administrator Scott Pruitt is not matching Trump’s support of the RFS. Indeed, a group from the US ethanol industry is suing the EPA for its use of the waivers.

The survey of voters in Iowa, Missouri and Minnesota found an overwhelming majority say they are in support of federal policies to encourage growth in biodiesel and renewable fuel use. In total, some 73% of voters agreed that they support US efforts to boost the expansion of the biodiesel industry.

According to the NBB, "a substantial majority" of voters in these states say EPA Administrator Scott Pruitt’s apparent efforts to lower demand for biofuels do not reflect the President’s promise to support renewable fuels and the RFS.

Apparently, 80% of Republican voters in the survey said “it was important to them” that President Trump keep his promise to defend the RFS.

“When candidate Trump promised he would be their defender in Washington, DC, farming communities turned out to the polls in big numbers for him in November of 2016,” Kurt Kovarik, NBB vice president of Federal Affairs, said in a statement announcing the poll results.

“To be frank, rural voters haven’t seen that similar support reciprocated from EPA Administrator Pruitt and that’s reflected in the survey.”

The survey was conducted by Moore Information, with funding from the National Biodiesel Board. Other key findings from it include 67% of conservative voters surveyed in the three states supporting higher biodiesel volumes under the RFS, and over 55% of Independent voters in Iowa supporting the same.

“Midwestern voters are desperate to see some positive signal from President Trump and Congress,” Kovarik said. “Income from farming has plummeted more than 50%. It’s at its lowest point in a dozen years. Zero growth again in the RFS from the Trump Administration would only make it worse.”