US Department of Energy invests $1.1 million in sorghum disease resistance 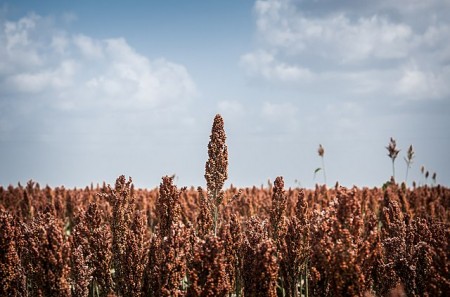 The US Department of Energy has announced a $1.1 million (€940,000) grant for research into sorghum disease resistance led by the University of Illinois, reflecting the growing interest in the crop as a feedstock for renewable fuel and energy.

Earlier this year, the US Environmental Protection Agency (EPA) approved a variety of pathways for renewable fuel derived from sorghum as part of the Renewable Fuel Standard (RFS) programme. This included the use of sorghum to produce biodiesel.

At the time, acting EPA administrator Andrew Wheeler said: “Today’s approval sets the stage for homegrown fuels under the RFS and adds diversity to our mix of biofuels in the US.”

The new DOE investment is reflective of a need to make the crop more resistant to diseases that reduce its ability to produce biomass. Sorghum is more drought resistant than corn and grown throughout the US Corn Belt region. Traditionally grown for grain, newer cultivars have been developed to maximise vegetative biomass.

“Host resistance is one of the most environmentally friendly and cost-effective methods of disease control,” said Tiffany Jamann, assistant professor at the University of Illinois Department of Crop Sciences and the principal investigator on the grant, in a press release from the University.

“Developing disease resistance for bioenergy crops, including sorghum, is crucial, particularly as the range of production expands and microbes evolve from related species to become pathogens of bioenergy crops.”

Sorghum is vulnerable to infection by the fungus that causes sorghum leaf blight, associated with decreased yields, reduced forage quality and quantity, and increased risk of infection by other diseases. This same fungus also infects corn, a fact which the researchers hope could help them increase resistance in sorghum.

"By leveraging the knowledge of resistance in maize, we will accelerate the improvement of resistance to the disease in sorghum, while also developing a system to understand how microbes evolve to become pathogens of bioenergy crops," Jamann said.

Interestingly, although the fungus can attack multiple hosts, specific strains – or isolates – can only infect corn or sorghum, not both. Jamann and colleagues are hoping to isolate genes that control resistance to the fungus in each crop.

“Our idea is if these genes are functional in both maize and sorghum, then they’re probably functional against other diseases as well,” she said.

The research will be carried out with Santiago Mideros, also from U of I, and Bill Rooney from Texas A&M University over the next three years, and aims to identify resistance genes in sorghum using approaches that harness natural genetic variation in the plant.

Next, the team will test the efficacy of those genes in resisting sorghum leaf blight and anthracnose. Finally, they will investigate the fungus itself to identify genes responsible for host specificity on sorghum.