US biofuel industry gets tax credit 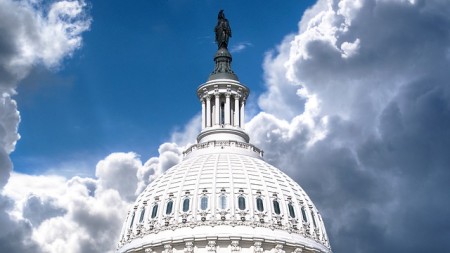 The dome of the United States Capitol Building, Washington, D.C.

After a failed push in December to get tax credits for biofuels retroactively extended, 2017 tax credits for the biofuels and nuclear energy sectors came through with Congress’ 9 February deal to keep the government open.

According to Bloomberg, the tax credits include a $1-a-gallon credit for mixing biofuel with and a $1.01 credit for the production of cellulosic ethanol. Both of these cover 2017 only.

The industry said that they were grateful to lawmakers that they extended the credits, but were disappointed that they did not cover future production and blending in 2018.

Randy Howard, president and CEO of Renewable Energy Group, an Iowa-based producer of biofuels, said in a press release: “We are pleased that Congress recognized the importance of biomass-based diesel and its place in the value chain and passed a retroactive extension of the biodiesel mixture excise tax credit for 2017. This credit will allow needed infrastructure investments to grow the production and distribution of these valuable renewable products.  However, we are disappointed that despite strong bi-partisan support, Congress did not complete the job and continue the biodiesel tax credit into the future.”

Following the 9 February deal, Renewable Energy Group’s stock was up 6.8% from the previous day.

The National Biodiesel Board was similarly unsatisfied with the extension. Kurt Kovarik, vice president of federal affairs for the board said in a statement: “The industry is grateful to our champions for their tireless efforts to ensure that all of our members’ transactions in 2017 will be properly covered by a retroactive extension of the blenders credit. Candidly, we are disappointed that some of the negotiators prevented the extension from covering 2018, as well… The industry is poised for growth if given the right signal, so we’ll continue to make sure that Congress understands the value and benefits the public receives from increased biodiesel use”.

The deal also includes a $10 or $20 per tonne tax credit, depending on how the carbon is handled, for businesses using carbon capture technology. Bloomberg reports that the previous policy expired after 75 million tons’ worth of credits were used, the new deal extends and expands the policy.

The dome of the United States Capitol Building, Washington, D.C.