US biodiesel industry calls for Trump to act on EPA 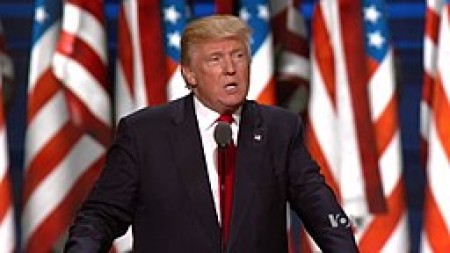 The National Biodiesel Board (NBB) and other leading biofuels advocates in the US have sent a letter to President Donald Trump urging the White House to “act quickly to prevent actions” at the Environmental Protection Agency (EPA) that ‘threaten jobs in rural America, freeze innovation in advanced biofuels and undermine the energy security goals of America’s Renewable Fuels Standard (RFS),’ according to an NBB statement.

“The proposed changes are inconsistent with the law and threaten the growth and prosperity of the U.S. biofuels industry,” the letter states. “EPA’s changes are also inconsistent with Administrator Pruitt’s assurances to uphold the law and your long-standing support of ethanol and the RFS. If the proposed changes are finalized, EPA’s actions would cause severe harm to our industry, undermining your efforts to drive economic growth and secure America’s status as the global leader in biofuel production.”

Biofuel industry leaders are using the letter to call on the White House to halt EPA consideration of “drastic, unprecedented changes,” which they say are designed to benefit the same petroleum refiners that have repeatedly sought to curtail the growth of homegrown fuels, according to NBB.

In particular, the signees to the letter are challenging the EPA’s proposal to slash EPA staff recommendations for cellulosic targets, the publication of a Notice of Data Availability (NODA) aimed at cutting total biofuel volumes including advanced and biodiesel, and rumours the Agency may be considering Valero’s scheme to flood the market with export-subsidy credits, a move that would immediately devalue biofuel blends.

“EPA’s proposal earlier this summer was inadequate, underestimating the power of domestic biodiesel production and ignoring the intent of the law. This request for comment is even more disappointing. NBB will be working with EPA to demonstrate the industry’s proven success record, continued growth and impacts to American workers who were promised that this administration had their back,” said NBB’s Doug Whitehead in a statement.