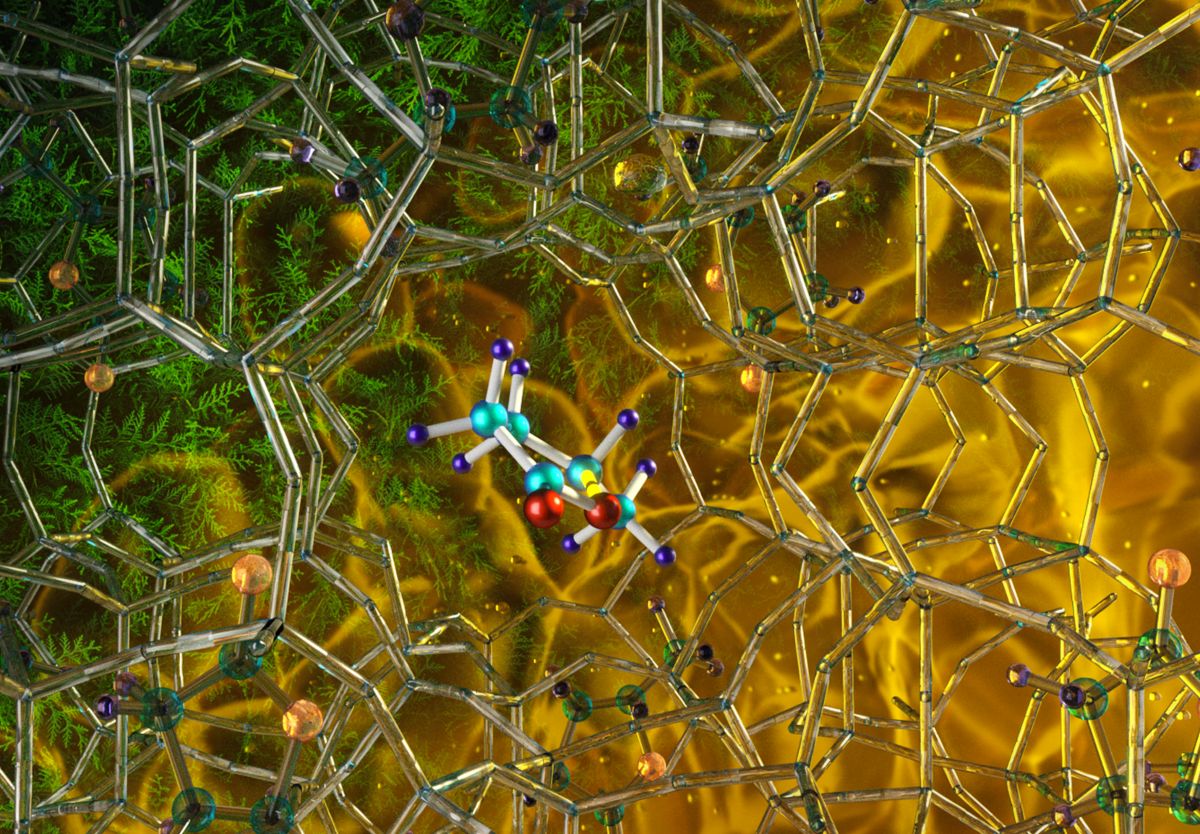 Researchers led by the University of Manchester in the UK have designed a catalyst that converts biomass into fuel sources with very high efficiency, offering new possibilities for manufacturing advanced renewable materials.

Neutron scattering experiments at the Department of Energy's Oak Ridge National Laboratory (ORNL) played a key role in determining the chemical and behavioural dynamics of a zeolite catalyst to provide information for maximising its performance. Zeolite is a common porous material used in commercial catalysis

The optimised catalyst, known as NbAIS-1, converts biomass-derived raw materials into light olefins, a class of petrochemicals such as ethene, propene and butane, which are used to make plastics and liquid fuels. The new catalyst has a yield of over 99%, but requires far less energy than its predecessors.

"Industry relies heavily on the use of light olefins from crude oil, but their production can have negative impacts on the environment," said Longfei Lin, lead author at the University of Manchester. "Previous catalysts that produced butene from purified oxygenated compounds required lots of energy, or extremely high temperatures. This new catalyst directly converts raw oxygenated compounds using much milder conditions and with significantly less energy and is more environmentally friendly."

Typically, a chemical reaction to break down biomass requires a hug amount of energy. However, for a greener design, the research team doped the catalyst by replacing the zeolite’s silicon atoms with niobium and aluminium. The substitution creates a chemically unbalanced state that promotes bond separation, radically reducing the need for high degrees of heat treatments.

The VISION spectrometer at ORNL's Spallation Neutron Source enabled the researchers to determine precisely which chemical bonds were present and how they were behaving based on the bonds' vibrational signatures. That information then allowed them to reconstruct the chemical sequence needed to optimise the catalyst's performance.

"There's a lot of trial and error associated with designing such a high-performance catalyst such as the one we've developed," explained corresponding author Sihai Yang at the University of Manchester. "The more we understand how catalysts work, the more we can guide the design process of next-generation materials."

Synchrotron X-ray diffraction measurements at the UK's Diamond Light Source were used to determine the catalyst's atomic structure and complementary neutron scattering measurements were made at the Rutherford Appleton Laboratory's ISIS Neutron and Muon Source.

The team's research has been published in the journal Nature Materials.