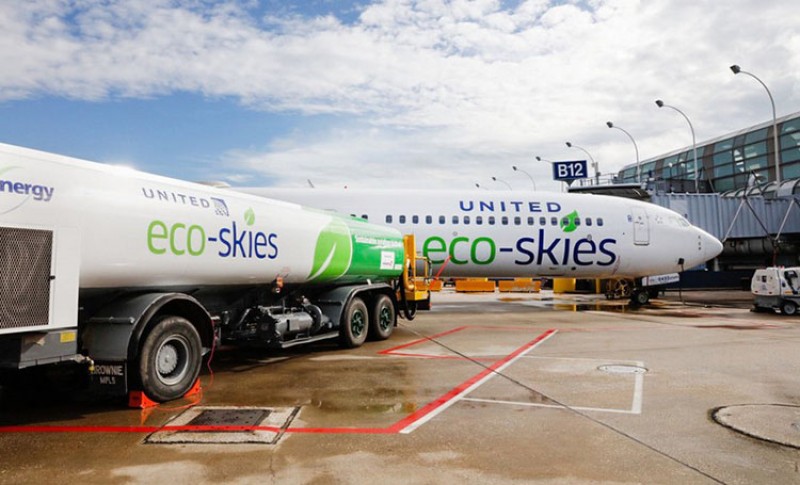 United Airlines last week announced the departure of the ‘Flight for the Planet’ on World Environment Day, described by the airline as ‘the most eco-friendly commercial flight of its kind in the history of aviation’.

The flight departed from Chicago O’Hare for Los Angeles, where sustainable aviation biofuel has been used in every flight departing from the hub in Southern California since 2016.

"The historic Flight for the Planet showcases United's philosophy of working together to find new and innovative ways to lead us into a more sustainable future," said Scott Kirby, United's president. "As an airline, we see our environment from a unique perspective every day and we know we must do our part to protect our planet and our skies."

The biofuel used to power the flight was a 30/70 blend of low carbon, sustainable aviation fuel provided by World Energy, and traditional jet fuel.

According to United, the biofuel achieves more than 60% reduction in greenhouse gas emissions of a lifecycle basis compared to traditional jet fuel.

The airline recently renewed its supply contract with World Energy to purchase up to 10 million gallons of sustainable aviation fuel over the next two years.

In addition to the use of biofuels, the eco-friendly flight features fully recyclable or compostable serviceware, while United committed to offsetting the remaining flight emissions via Conservation International, its new carbon offset provider.

In 2016, United became the first airline globally to use sustainable aviation biofuel on a continuous basis.