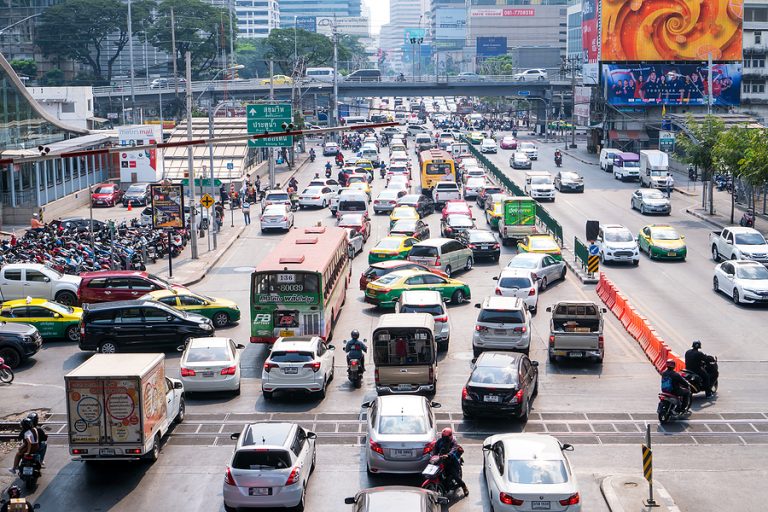 The congested roads of Bangkok
Thailand has set a target of achieving 30% of its power generation from renewables by 2036 as part of its low carbon transition plan.
The renewable growth will be led by biofuels followed by solar PV and then wind. Palm oil among others are the major potential biomass energy sources in the south-east Asian state.
Thailand’s power sector is heavily dependent on fossil fuels with 81% share in the generation mix meeting the country’s growing power demand.
With countries across the globe setting timelines for completely shoving coal out of the generation mix, Thailand’s latest Power Development Plan has set the expansion plan of renewables with a slow phase-out of coal generation to meet the low carbon transition target.
The share of non-hydro renewables in the generation mix is set to grow from 15% in 2019 to 22%, according to GlobalData, a leading research and analytics firm.
Ankit Mathur, practice head of power at GlobalData, said: “Thailand is an oil and gas producer and has been predominantly dependant on gas for its power generation. With the low natural gas prices, declining renewable capital cost and a low carbon economy vision are likely to shrink the share of coal in the generation mix to around 10% in 2030.
“The upswing in renewables is likely to push coal out of the business as the government eyes to capitalise on the cheap renewables by providing ample opportunities revitalising the sector with improved risk-free investment access, favourable regulatory environment, attractive feed in tariffs, tax incentives and favourable expansion roadmap that will lead to the decarbonisation of the power sector.”

The congested roads of Bangkok