Study lays out how cities can fight climate change 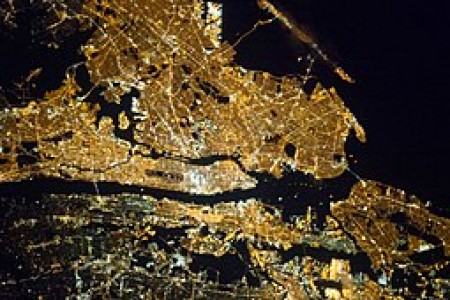 It will be easier for cities to reduce their greenhouse gas emissions coming from residential energy use rather than transportation, new research claims.

This reduction will happen thanks to more efficient building practices and not greater housing density, the study, published in the Journal of Planning Education and Research, states.

The aim of the study was to determine how extensively local planning policies in the US could either complement the Obama administration’s Clean Power Plan (CPP) of 2015 or compensate for its absence. The CPP was created to reduce greenhouse gas emission from power plants. In 2016, a US Supreme Court ruling halted the potential enactment of the act. The legal case is ongoing, but the Trump administration has announced it intends to roll-back the CPP.

“Our take-home message is that cities can do a lot at the local level with housing stock,” says David Hsu, an assistant professor in MIT’s Department of Urban Studies and Planning and a co-author on the study. However, “In transportation, cities can’t make up for the loss of a national strategy.”

Around the world in recent years, a number of cities have invested in biomethane, biodiesel and renewable diesel fuelled public transportation in a bid to reduce their environmental impact.

Significantly, the research found that policies with the biggest local emissions impact vary from city to city. Faster growing cities such as Houston and Phoenix have the potential to enact bigger reductions in residential emissions than older cities such as Boston or Philadelphia.

For their study, Hsu, and colleagues Erick Guerra and John D. Landis from the University of Pennsylvania, examined economic, environmental and demographic data from 11 major US cities, then developed models projecting emissions up to the year 2030 based on a series of different policy scenarios.

For transportation, the researchers modelled urban emissions growth through to the year 2030. They evaluated a baseline scenario in which current conditions essentially continue intact, as well as a handful of alternate scenarios in which total vehicle-miles travelled varies due to increased use of mass transit and changes in housing density.

The study's main finding is that, by 2030, a federal mandate increasing vehicle fuel efficiency to 54.5 miles per gallon would reduce auto-based emissions in the 11 cities by 38% in the absence of any additional mass transit or density programs. That number would increase to 46 percent, on average, if the cities adopted robust transit and density policies. (The Trump administration has stated it will review and may possibly drop the existing fuel-efficiency plan.)

"The results for increasing the average fuel efficiency of the US fleet are still stronger than what we can do on the planning side," Hsu said.

Hsu and his colleagues stress that their findings are only models, which could be altered by changing circumstances. They also stress that each metropolitan area needs to find its own solution towards a ‘clean energy’ future.

"We're trying to be hopeful," Hsu says. "It's really just [about] getting planners to think about what makes sense in their market. There's not going to be a policy idea that works everywhere equally. ... If you have a fixed amount of time and political capital and focus, you should do the most efficient thing."