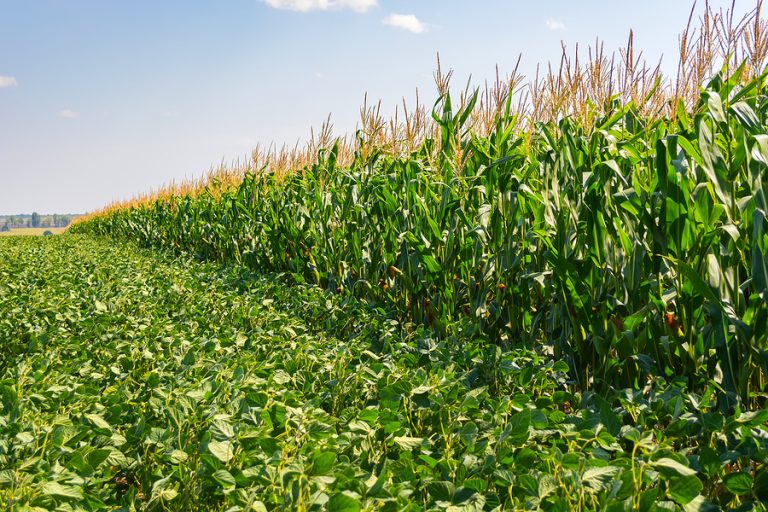 A soybean field
Soybean meal prices have strengthened recently leading to a rise in prices in the German spot market.
Prices for rapeseed meal and especially GMO-free soybean meal increased significantly in the second half of the year 2020.
At the beginning of the crop year in July 2020, GMO-free soybean meal with 48% crude protein was worth €456 per tonne.
Six months later, it was up around €146 per tonne at €602 per tonne. This translated to a price of €4.60 per protein percentage per tonne at the beginning of January this year, compared to €3.10 at the beginning of July 2020.
The rise was sparked by sharp price increases in Chicago driven by concerns over drought-related harvest losses in South America.
Also, supply of soybean meal in Argentina waned, fuelling concerns of potential supply bottlenecks in Germany.
Supply in Brazil – the main supplier of GMO-free soybean meal – also tightened, because China literally swept the market over the past several months.
Buyers were also seeking GMO-free soybean meal in other countries. As a result, the focus shifted to European produce, such as Danubian soy, which was yet another factor that added to the price rise.
Rapeseed meal has increased €53 per tonne to €278 per tonne since the beginning of the crop year.
This was the equivalent of €7.93 per percentage of protein per tonne compared to €6.34 at the start of the season.
In other words, rapeseed meal gained some competitive advantage against GMO-free soybean meal.
The difference in prices for one percentage of protein in the above-mentioned oilseed meals recently amounted to €4.52 per tonne, compared to €2.89 per tonne on 01 July 2020 and €2.59 per tonne a year ago.
The Union zur Förderung von Oel- und Proteinpflanzen (UFOP) has drawn attention to the large number of feeding trials the association has been supporting to establish the feed values for the various animal species.