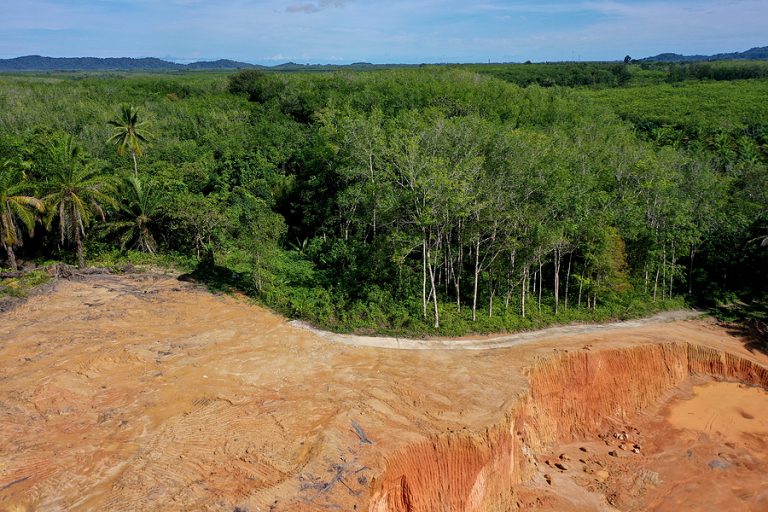 A new report has added to growing concerns that Indonesia’s ambitious programme to increase its use of palm oil-based biodiesel will drive greater deforestation across the country.
The report, by London-based nonprofit CDP, warns of conflicting policies and lack of transparency around biofuel regulations in Indonesia.
It also notes the government’s aggressive push for greater adoption of palm-based biofuel, including fines or the threat of license revocation for producers who fail to meet the government’s biofuel mandate, as well as subsidies for companies to boost their biofuel production.
The report says these policies “create conditions for producers to maintain business-as-usual production systems, instead of investing in more sustainable production innovations, such as increasing land productivity.”
The palm oil industry is already a major driver of deforestation in Indonesia. A 2019 study shows that oil palm plantations were the single largest driver of deforestation between 2001 and 2016, accounting for 23% of total deforestation nationwide.
Even though new plantations are increasingly being developed on non-forested land, 18% of those established from 2010-2015 were in forested areas, according to a 2017 study.
And unless the palm oil that goes into biodiesel can be shown to be deforestation-free, it’s misleading to claim that the biodiesel is “green fuel”, the CDP report says.
The government has introduced a series of regulations and policies to curb deforestation. But their effectiveness remains questionable and they contradict the biofuel policies, according to the report.