Renewable diesel to be used in Pasadena fire engines 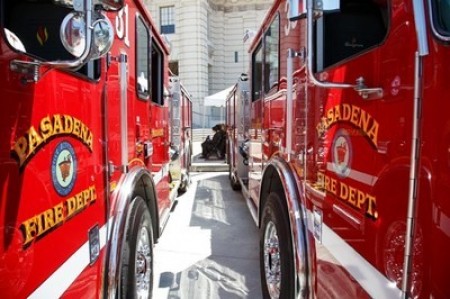 The Pasadena Fire Department has switched over ‘much of its fleet apparatus’ from operating on petroleum diesel to using Neste MY Renewable Diesel.

At present, the fire department operates one truck, four engines and four rescue ambulances on renewable diesel, and plans to transition the rest of its apparatus by 2019.

According to Neste, its MY Renewable Diesel, produced from 100% renewable and sustainable raw materials, cuts greenhouse gas emissions by up to 80%.

"We have received very positive feedback from personnel assigned to the apparatus. Firefighters and engineers have reported a reduction in vapors they are exposed to while fueling the trucks," Pasadena Fire Chief Bertral Washington said.

"It has been a huge step forward for the health and safety of our firefighters and community."

Jeremy Baines, vice president of sales at Neste US, said: "We are so proud to be supporting Pasadena Fire Department's first responders with this clean, safe and odourless fuel that reduce fumes and is less harmful to the environment and especially to those risking their lives for their communities each day."