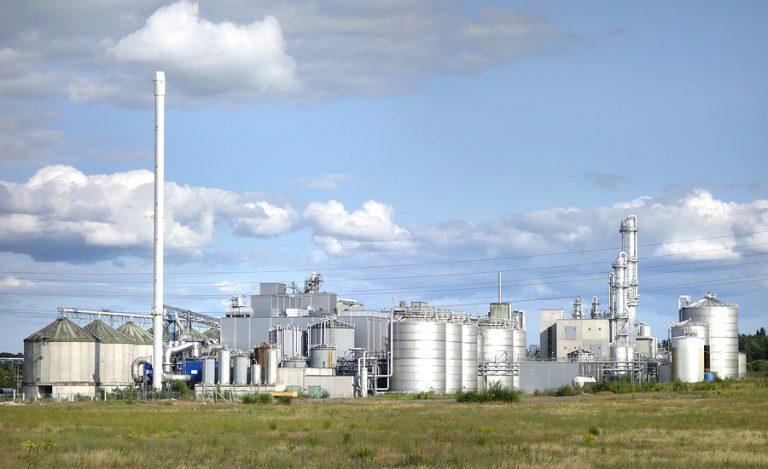 From 1980 to 2007, the amount of municipal waste from around the globe has increased from 415 kg to 560 kg.
Most of this waste ends up in landfills.
Landfilling waste can lead to soil erosion, water pollution, and the depletion of the ozone layer. Hence, landfilling negatively affects the health of the environment.
To reduce this negative effect waste has on the environment, many techniques like incineration, anaerobic digestion, biodegradation, liquefaction, pyrolysis, and many more have been implemented to convert waste to an energy source.
This energy source comes in the form of biofuels and is usually in the liquid or gas phase. Biofuels are a mixture of fatty acids from animal fat.
In 2006, the main technique used to convert biomass to biofuels is by fast pyrolysis. It was discovered that during pyrolysis, low temperatures will produce the maximum amount of liquid product while a high temperature will produce the maximum amount of gas product.
However, as technology advances, different forms of conversion can be used like liquefaction, catalytic oxidation, and biological degradation.
Liquefaction allows the biomass to have high water content which reduces the cost and energy needed to convert the biomass into energy. Catalytic oxidation allowed for the removal of 99.5% of SO2 and 90% removal of Hg. This means that catalytic oxidation allows for high removal efficiency of gas, has low production costs, and low pollution generation. Biodegradation allows for the polymers to completely degrade into products like water. 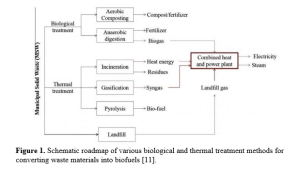 New Zealand was found to be the most wasteful nation in the developed world with approximately 3.2 million tonnes in 2015.
To reduce this waste, interest in the conversion of the waste to energy has increased. There are three main ways to convert waste to an energy source. One technique is incineration which allows the waste to react with oxygen under extreme pressure to produce gas.
Another technique is anaerobic digestion which allows for the waste to biodegrade without air involved in the process. Although it is more favorable, it is a slow process and can only be performed on biodegradable waste, like food waste and human waste.
The last technique is gasification, a process involving the conversion of organic matter into a mixture of gas and solid at 650° C. Gasification can also be used to produce products like hydrogen, nitrogen, or oxygen gas which can be used to power electricity. 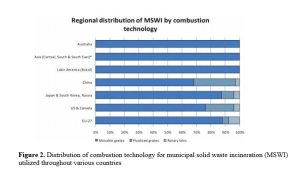 Gasification can be implemented along with pyrolysis to produce gas, liquid, and solid products which can be used to provide heat, generate power, or produce biofuels.           It was found that approximately 93.5% of waste in Malaysia ends up in landfills.
To minimise the amount of waste in landfills, Malaysia has started implementing techniques to convert agricultural waste into energy.
One technique is called landfill gas recovery system which generates CH4 in landfills with leachate treatment helping to break down organic material. However, since Malaysia only has a limited number of sanitary landfills with leachate treatment, this process is not very popular.
Another technique used in Malaysia is anaerobic digestion. This process contains four stages: hydrolysis, acidogenesis, acetogenesis, and methanogenesis.
In the first stage, the organic matter is broken down into smaller, more basic matter through fermentation. In acidogenesis, acidogenic bacteria are used to further break down the material to create organic acids. In acetogenesis, acetogenic bacteria are used to break down the material to produce acetic acid, hydrogen, and CO2. In the last stage, methanogenic bacteria are used to convert the products into organic products like CH4 and CO2.
Malaysia also uses incineration to convert waste to energy they can use to power electricity.
When compared to the generation of energy of each technique, it was discovered that waste incineration produces the most energy. Another benefit of incineration is that it has a low operational cost and allows for the most profit which makes it a favorable conversion technique in Malaysia.
However, incineration does release toxins like C4H4O2 that cause harm to human health, hence further research must be done on incineration to keep its efficiency in the generation of energy while reducing its harm to human health. 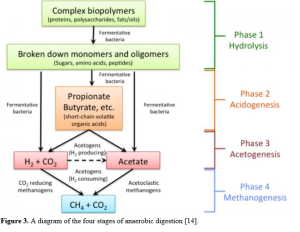 Sweden has been promoting the biodegradation of waste to produce energy since the 1990s.
In 2002, Sweden has placed a ban on landfilling, encouraging the waste management system and the district heating system. The waste management system utilizes low heat to produce power that could be used to replace coal and natural gases. As technology advanced throughout the years, the utilization of biomass has increased in Sweden. Sweden is known to have a lot of forest biomass which is converted to energy to generate power through various techniques like pyrolysis. Sweden has worked with many countries to reduce landfill waste and was successful as approximately half of the waste is recycled. Sweden mainly uses incineration to reduce this waste and generate energy through this.

Waste can be classified into three categories: state of matter, hazardous, and resource.
These wastes can be converted to energy through thermal processes, like incineration, or through biological processes, like anaerobic digestion. Throughout various countries, incineration is widely employed to break down the waste and the heat generated is used to power electricity. Incineration may release toxins like dioxins which can harm human health.
Further research may be conducted to prevent these toxic chemicals from harming human health while maintaining their efficiency in converting waste to energy. Other than incineration, pyrolysis, gasification, and biodegradation are other techniques that can be utilized to convert waste to energy. Catalytic oxidation can also be used to convert waste to energy by using a catalyst to convert the biomass into biofuels. Unwavering attention towards the technologies surrounding conversion of municipal waste to biofuels may play a key role in the future of waste management.