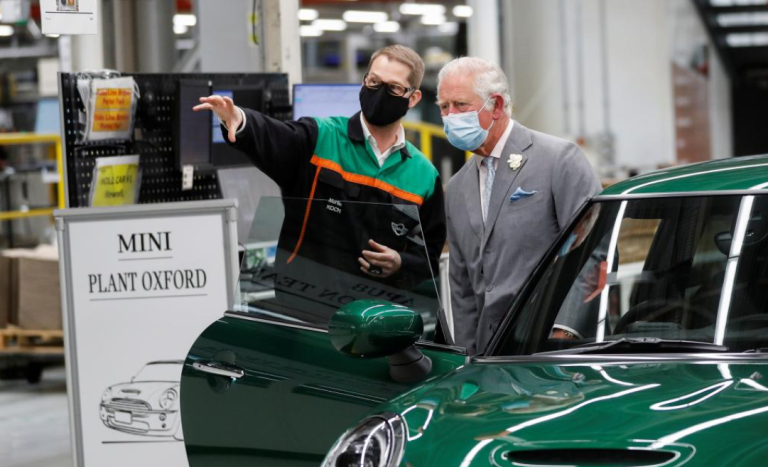 Prince Charles has revealed his Aston Martin runs on E85 petrol.
In an interview with the BBC, the heir to the UK throne said his vehicle is powered by 85% bioethanol and 15% unleaded petrol.
The British royal told the BBC that he converted his beloved car, which has been driving for over five decades, to run on wine and cheese.
Prince Charles said the E85, is made from what he describes as “surplus English white wine and whey from the cheese process”.
Bioethanol is a renewable energy source made by fermenting the sugar and starch components of plant by-products.
This will usually come from sugarcane and crops like grain, using yeast, but could also be made using the Prince’s wine and cheese combination.
“Prince Charles’s quaint solution to decarbonise his Aston Martin using a high blend of bioethanol made from cheese and wine wastes should not be mistaken for a serious solution to decarbonise vehicles,” said Greg Archer, UK director of T&E, a European clean transport campaign group.
“On a large scale biofuels do more harm than good, driving deforestation and land use change that worsens the climate crisis.”
Don't forget our world-leading Biofuels International Conference and Expo takes place in Brussels on March 15-16 with some great speakers participating. For more information go to https://biofuels-news.com/conference/