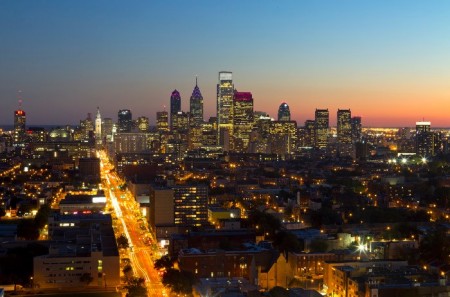 The Philadelphia Skyline, looking south (via Wikimedia Commons, by Summersleek).

Legal experts are saying that the resolution of this case could have consequences for other refiners having difficulties with the EPA’s Renewable Fuels Standard (RFS), according to Reuters.

The wire service estimates that the Philadelphia refinery is in debt to the EPA for RINs worth over $100 million. The EPA has not commented on whether it will pursue the credits.

Local media reported in October that the company’s credit rating had been lowered to CCC- from CCC, a rating given to companies not expected to repay all they owe. This coincided with PES laying off non-union workers.

Politicians from oil-producing states have been pressuring Trump to reform to RFS, saying that it unduly burdens refiners and importers while benefitting corn-producing states like Iowa. So far, Trump has stood by his campaign pledge to protect the RFS, despite telling reporters in December that he was open to the idea of biofuel reform.

The Philadelphia Skyline, looking south (via Wikimedia Commons, by Summersleek).