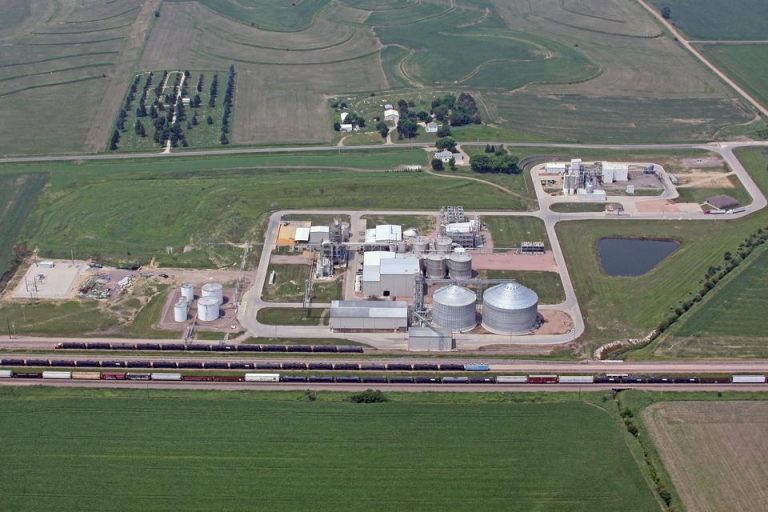 Credit: Plymouth Energy
An ethanol plant in northwest Iowa, US has suspended production ‘until further notice’, according to a statement from the plant’s owner Plymouth Energy.

The company’s ethanol plant is one of at least 10 in the US to temporarily suspend operations, with a further three closing for good, Radio Iowa reported.

“A lot of the experts say we’ve got about a 10% overage of production and until that production comes off line, the economics aren’t going to improve,” Iowa Renewable Fuels Association executive director Monte Shaw told Radio Iowa.

The supply/demand imbalance is being caused by the waivers being granted by federal officials to big oil companies under the Renewable Fuel Standard, which limits the amount of ethanol refiners are required to blend into gasoline.

“If you look at the demand destruction from these waivers that the Trump Administration has done, for the first time in 21 years, in 2018 the US used less ethanol than the prior year,” Shaw continued. “In other words, for 20 straight years we always used more ethanol each and every year than we did the year before here domestically, not talking exports. In 2018, we actually took a step backwards.”

A statement from Plymouth Energy’s board of directors read: “The ethanol industry continues to operate in negative margins, absent a deal with China or a serious pullback in production we do not see a recovery in the near future. The board of Plymouth Energy has decided to suspend production until further notice. All existing corn contracts on the books will be honoured.”

It added: “We look forward to working with you again on resuming production and hopefully the margin environment will cooperate with us for this to happen in the not too distant future. We appreciate your business and support.”