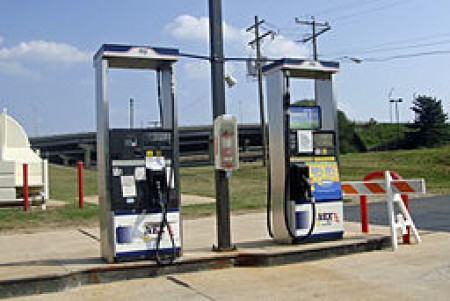 Researchers have gained insights that could be used to improve enzyme performance in breaking down biomass and converting waste plant matter into renewable fuels and products.

The scientists from the US Department of Energy’s (DOE) National Renewable Energy Laboratory (NREL), have studied how glycosylation – the natural attachment of sugars to proteins – affects a key cellulose enzyme. Their findings have been published in the Proceedings of the National Academy of Sciences.

CeI7A, an enzyme that breaks down cellulose in plants to sugars, was the focus of the new research. The study sheds light on the specific function of small sugars or glycans, which microbes attach to their enzymes. Called ‘glycosylation’, this enzymatic modification is known to have a substantial impact on enzyme function.

“Enzymes for breaking down cellulose are notoriously difficult to engineer for improved activity,” NREL staff engineer Brandon Knott, a co-author of the paper, explained in a statement. “It has long been realised that glycosylation is a ‘knob to turn’ in this endeavour, but the specific roles of the different glycans have been elusive.”

NREL developed and used ‘a unique recombinant expression system’ to test new enzymes, producing a large collection of CeI7A mutants lacking different combinations glycosylation sites. A team of researchers from NREL, the University of Georgia, and the University of Colorado, Boulder, were then able to compare mutant enzymes to the native enzyme, and in turn glean insights into the relationships between the specific glycan, its function and location.

“Based on the literature, we already thought that we knew the location of all of the glycosylation sites,” said co-author Antonella Amore, a postdoctoral researcher at NREL.

“In confirming their locations, we not only discovered new glycans, we also elucidated the structures of the glycans at each specific site. This provides insight into how the microbe is protecting and decorating its enzymes for optimal activity, which in turn provides clues on how to improve them for industrial applications.”

NREL’s findings show that depending on its type and location, glycosylation is important for strengthening the binding of CeI7A to cellulose, protecting the enzyme against proteases that break down the protein and improving the enzyme’s thermal stability. This allows the enzyme to keep working at temperatures that would be encountered in an industrial scale biomass conversion process.