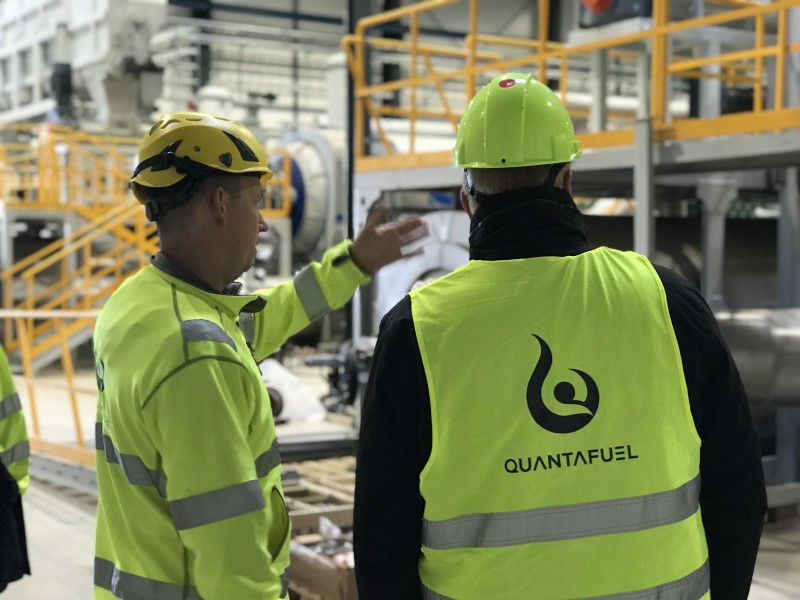 According to Avinor, the biofuel will be produced in a pilot plant, which will be partly funded by Norwegian investment bank ENOVA. Avinor has committed to purchase fuel for NOK 8 million (€827,505).

Quantafuel’s technology produces liquid fuel from biomass, which is comprised of solid wood in the form of chips, sawdust and other qualities.

“With the newly concluded agreement, Quantafuel shall establish and produce biofuel based on residues from the Norwegian forestry industry,” added Kjetil Bøhn, CEO of Quantafuel. “This focus on biomass would not have been possible without the support of ENOVA and an agreement with Avinor.”

At the beginning of 2016, Norway’s Oslo Airport became the world’s first international hub to supply sustainable aviation fuel (SAF) on a commercial basis for all aircraft refuelling at the airport.

After proving its success, the scheme was expanded to include Bergen Airport in 2017.

“It is very pleasing that Quantafuel is now taking a new step to contribute to Norwegian resources being used for jet biofuel,” continued Snekkerbakken. “The potential is huge and will in addition to the climate impact also form the basis for increased added value and jobs in Norway. We’re looking forward to the results from the pilot project.”

Bøhn added: “Aviation in Europe is undergoing major changes, where political decisions driven by environmental concerns are materialising in new mixture requirements that promote bio-based fuel. Quantafuel’s goal is to commercialise its proprietary technologies, and this project, in partnership with strong players in Norwegian aviation, is a big step in that direction.”

The biomass-to-liquid pilot plant will be located in eastern Norway, according to Avinor.

Success of the pilot project will enable Quantafuel to consider a full-scale plant, with preliminary capacity targets of at least 7-9 million litres per year of fuel.