New York comes out in support of biofuels 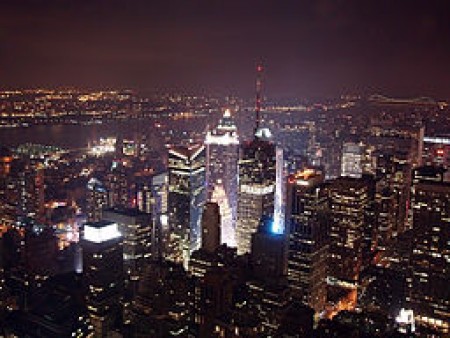 New York City’s Department of Citywide Administrative Services (DCAS NYC) is ‘pushing back’ against proposed changes to the Renewable Fuel Standard (RFS), which it labels in a statement ‘threats to reduce environmental standards’.

On 19 October DCAS NYC submitted comments to the Environmental Protection Agency (EPA) protesting any roll-back of the RFS, the legislation which sets out minimal use levels for renewable fuels like biodiesel.

According to the statement: “Biodiesel has proven a reliable and effective fuel for NYC fleet and buildings and has helped reduce air pollution in the City while lowering greenhouse gas emission. NYC continues to grow its implementation of biofuels in buildings and fleet and calls on Washington to do the same nationally.”

New York City is already a substantial biodiesel user, and is set to further its biofuels investment. In 2016, Mayor de Blasio signed Local Law 119, widely considered one of the most ambitious biofuels laws in the US. The law will transition all fuel oil used in heating to B20 by 2034. The first stage of the expansion is happening now with all NYC public and private buildings transitioning from B2 to B5 as of 1 October.

Renewable diesel will also be introduced for the first time, with a 1 million-gallon purchase scheduled for use by City agency fleets in spring 2018.

Continuing these efforts requires a healthy and growing biodiesel industry, according to DCAS NYC's comments to the EPA. For this reason the department is objecting to any roll back of the RFS, and actually calling for an expansion of renewable diesel and biofuel requirements.

"Through DCAS, NYC uses biodiesel in every gallon of fuel that heats our buildings and powers our trucks." said Department of Citywide Administrative Services Commissioner Lisette Camilo. “Mayor de Blasio has challenged City government to reduce greenhouse gas emissions in City operations by 50% by 2025 and we need a vibrant biofuels industry to support this goal.”

“Since 2005, NYC Fleet has used biodiesel, starting at Parks then Sanitation, and now at all agencies including Police, Fire and Correction,” said NYC Chief Fleet Officer Keith Kerman. “Biodiesel has been successfully used across over 160 types of fleet units, proving itself a reliable fuel and key part of our sustainability program.”

Council Member Costa Constantinides, Chair of the Council’s Environmental Protection Committee, said, “Our nation must move forward in our renewable fuels standards. Clean heating fuel like biodiesel reduces pollution while creating green jobs. We know that these stringent fuel standards are doable in our city since the Council passed my bill to increase biodiesel use in buildings citywide. The EPA must not stop the progress we’ve made in our renewable energy use.”