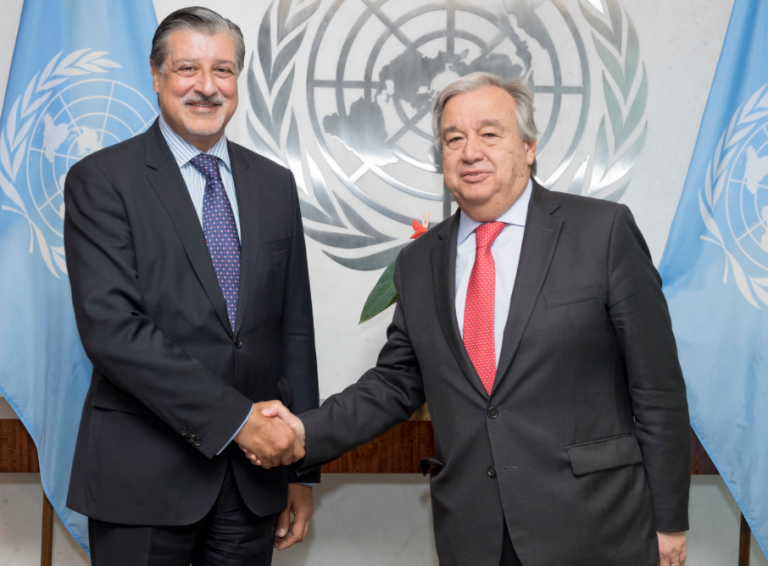 The meeting between the UN secretary general and IRENA's director general
The biofuels sector employed a total of 2.5 million people, according to the International Renewable Energy Agency (IRENA).
Many of these positions were in the agricultural supply chain in countries like Brazil, Colombia and Malaysia, the organisation revealed.
In the new IRENA report recently published, the renewables sector accounted for around 11.5 million jobs worldwide last year.
The highest number of people employed in the biofuels sector was in the European Union with 239,000 posts while in China a total of 51,000 people were employed in that discipline and in India this accounted for 35,000 positions.
In the US, liquid biofuels accounted for about 297,000 jobs out of a total of 755,000 positions in the renewable energy sector.
However, IRENA warned that the chronic shortage of skilled workers could impede the rapid deployment of renewables. It also added that jobs have been affected by the onset of the COVID-19 pandemic.
It added that in the longer term, renewable energy jobs could grow to about 30 million people worldwide and to 42 million by 2050.
The report can be read on their website at irena.org

The meeting between the UN secretary general and IRENA's director general