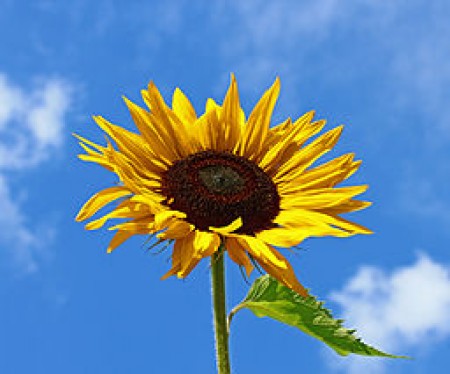 Newly published research explains for the first time how plants switch from photoprojection to photosynthesis when transitioning from darkness to daylight. The authors of the study, from the University of Sheffield, claim that the new insight could have a host of benefits, including for the biofuels industry.

During photosynthesis, plant chloroplasts convert light into chemical energy that they use to make sugars from CO2. When plants first ‘wake’ from darkness, the CO2 conversion lags behind the production of chemical energy. This delay could prove damaging, however plants have evolved what’s dubbed a ‘photoprotective mode’, which protects them until photosynthesis starts.

Led by Dr. Matt Johnson from the department of Molecular Biology and Biotechnology, the University of Sheffield researchers use structured illumination and atomic force microscopies to image the morphological changes in plant chloroplasts during the transition from dark to light. Specifically, through computer modelling and electron transfer measurement they could show how the dark and light structures favour photoprotection and efficient photosynthesis respectively.

"It was thought for many years that chloroplast structure was fairly immutable but our work shows that they are dynamic on a timescale of minutes and that these changes allow plants to control the flow of electrons between the photoprotective and photosynthetic pathways while they wake up,” explained Dr Johnson.

"Our imaging shows that in the dark half of the photosynthetic membranes in the chloroplast stack up tightly limiting their interaction with the other half, this partition creates separate pools of one of the key electron carriers, ensuring the photoprotective pathway can be activated. However, this comes at a price since part of the system isn't operating in photosynthesis. Therefore, once conversion of CO2 wakes up the plant transitions to a light state with reduced membrane stacking, ensuring the full electron carrier pool is efficiently devoted to photosynthesis."

According to Dr. Johnson, the insights gained from this research could lead to increasing crop yields, which in turn could allow greater biofuel production.

"The efficiency with which plants transition between photosynthesis and photoprotection has already been shown to increase crop yields. The added understanding brought by this work could therefore provide further clues on how we can grow more food to feed a growing population and produce more biofuels from plants and algae to meet future energy need.”

The study has been published in the journal Nature Plants.