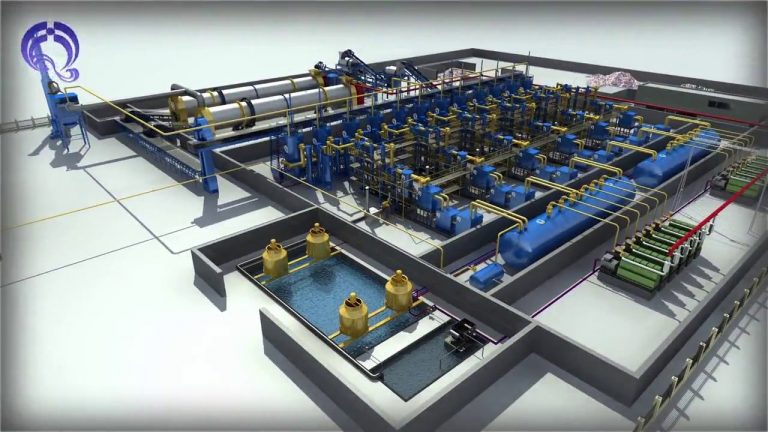 A computer-generated illustration of the gasification plant
Plans have been unveiled for a large-scale renewable energy park in the north-east of Scotland, designed to deliver between 150 to 200 megawatts of green energy for the Scottish grid.
Concepts have already drawn up to encompass and integrate several different energy generation technologies including a green biodiesel production facility and an aerobic digestion (AD) plant.
It is estimated that 1,500 jobs will be created to build the energy park while a further 250 permanent jobs will be created in the operation.
The developers, Edinburgh-based Holistic Energy hopes to commence building in 2023 and be operational by 2026.
The ambitious, large-scale development is earmarked to be built on a purchased 40-hectare (99 acre) site close to the existing Peterhead Power Station, Aberdeenshire. It has attracted overseas interest from an investment group - North China Power Engineering (NCPE) - who has pledged £800 million (€886 million) for the build-out phase.
Dr Gen Cannibal, director of Holistic Energy, believes the complex systems approach to engineering a new renewable energy village will both showcase and utilise the capabilities of interlinked renewable technologies.
Dr Cannibal said: “The facility will have three primary purposes - to produce a local renewable power station in Peterhead which can approach the most commonly identified barriers to renewable uptake, to form a major R&D facility for new technologies that have reached the marketable stage but have not, as of yet, attained large scale market application in the UK and thirdly, to provide a significant replacement to gas-powered plants in satisfying Scottish electricity demands and, hence, decarbonising the Scottish economy.
“The ambitions for the development of the Renewable Energy Village are to showcase Scotland and the UK as a world leader in energy transition projects and enhance our delivery timeline to low or zero carbon energy sources.”

A computer-generated illustration of the gasification plant